The crowd noise at Arrowhead was pretty loud, right?

Maybe, but not for General Joseph Lee Burrow…

Burrow led the Bengals to a 27-24 win over the reigning AFC Champions and punched his team’s ticket to Super Bowl LVI. 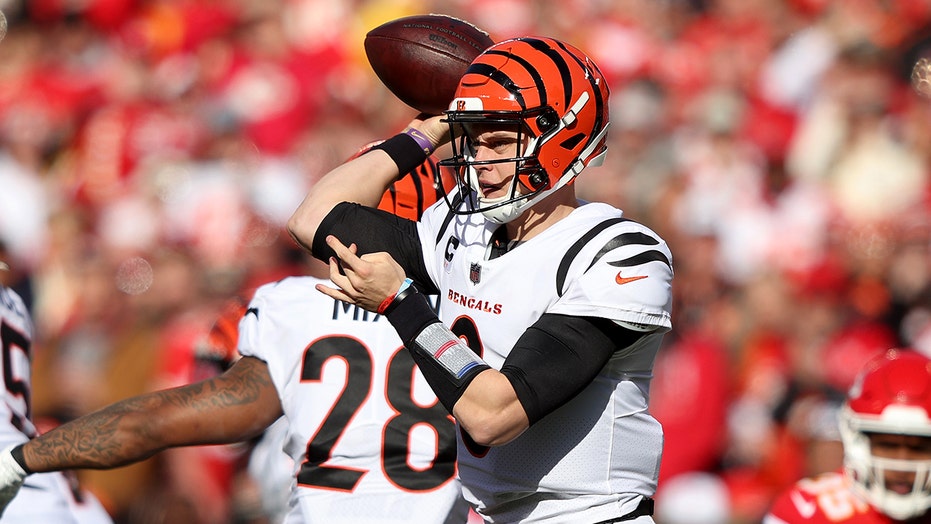 It was a tale of two halves in Kansas City in the AFC Championship Game. Patrick Mahomes and the Chiefs’ offense scored on their first three drives and looked unstoppable.

Mahomes is the fifth player in the past 30 years to enter a conference championship game leading the NFL in completion percentage and yards per attempt, and this showed in the first half. Mahomes evaded pressure and found Tyreek Hill, Travis Kelce, and Mecole Hardman.

Hardman’s touchdown catch was the last time the Chiefs’ found the endzone all day. Their only other points were knocked through the uprights by Harrison Butker to send the game to overtime.

The second half belonged to the Bengals, and you must credit Cincinnati’s staff for making the necessary adjustments. The Bengals’ defensive line looked like a different unit coming out of the half, ultimately leading to Mahomes’ demise.

Mahomes finished the day with two interceptions. One set up a game-tying touchdown for the Bengals, and the other led to Cincinnati’s game-winning field goal in overtime.

Burrow looked sensational in his AFC Championship debut, finishing the day 23 of 38 for 250 yards and one interception. His offensive line was much better this week than last, but he still made plays without a lot of time in the pocket.

Burrow established himself as one of the best young quarterbacks in the game by walking into the toughest outdoor environment in the NFL and earning the victory.

Cincinnati closed as a 7.5-point underdog and easily covered this spread winning by three. The Bengals were +280 on the money line, so a $100 wager returned $380. The game’s total was set at 55, and it stayed under with a combined score of 51 points.

The Bengals will be underdogs again on the opening lines for Super Bowl 56. They will open as 2.5-point dogs against the Niners and 3.5 point dogs versus the Rams. Although, I would not count out the Bengals with the momentum they have accumulated behind General Joseph Lee Burrow. The Three Best Matchups For Week 11