The Rams have been dominant to start the year thanks to Matthew Stafford’s brilliance. The New York Giants have struggled to win close games this year and haven’t had success as of yet. This game should be very one-sided but still entertaining.

Giants vs Rams Pick & Preview Matchup at a Glance 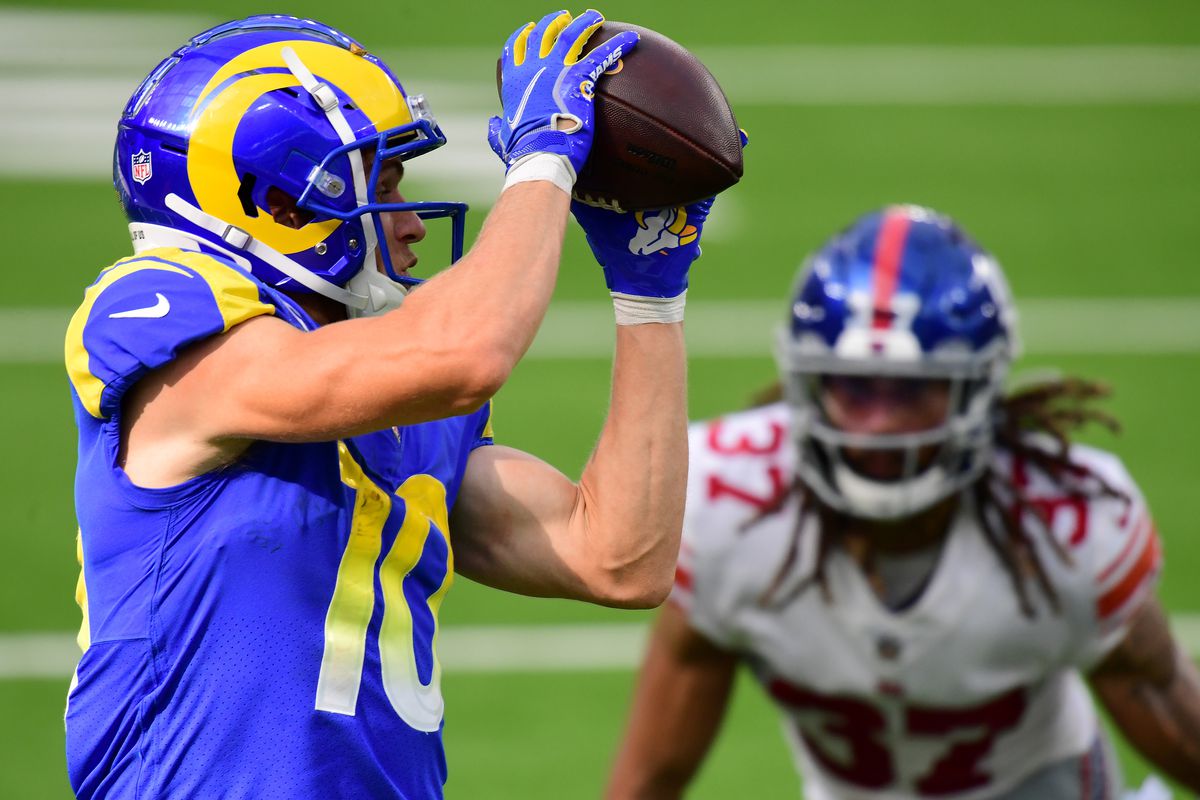 The Giants have been terrible through 5 weeks of the season. Losses to the Falcons and Washington were both close but they couldn’t convert the win. Daniel Jones, Saquon Barkley, and Kenny Golladay are all expected to miss this matchup against the Rams, so it’s not looking good for the G-Men.

New York was blown out by the division rival Cowboys last week, but there were a few bright spots. Kadarius Toney and Devontae Booker emerged as front-runners to take Barkley and Golladay’s positions with 10 receptions and 189 yards for Toney and 58 total yards and 2 TDs for Booker. These guys should produce some play-making for the Giants.

With Mike Glennon at the helm, it isn’t looking too good for the Giants offensively. That means the defense must step up after a horrific performance versus Dallas. New York’s defense has been sub-par all year and will need to force Matthew Stafford into turnovers if the Giants want any chance of competing.

The Los Angeles Rams have been impressive to start off the year with wins against formidable teams such as the Buccaneers and Seahawks. Matthew Stafford has put an impressive 5-game stretch with 317.4 passing yards a game and 12 total TDs. Cooper Kupp has been extremely productive to start the year and has been Stafford’s favorite target so far with 5 TDs already.

The Rams have spread the ball out on offense with Jefferson, Higbee, and Woods hauling in 2 touchdowns each. The running attack has been solid with Darrel Henderson Jr. and Sony Michel combining for over an average of 100 yards a game. They are coming off of a Thursday night win against Seattle, so they’ll be plenty rested for the Giants.

Los Angeles’s defense has been destroying opposing offenses, aside from Kyler Murray and the Cardinals. They have held each of the other 4 teams to under 24 points with Aaron Donald and Jalen Ramsey as the centerpieces. The Rams have looked great to start off the year and should be ready to go in New York.

The Rams are -9.5 in this game and I believe this is an absolute must-play! They were -10.5, but for some odd reason, they lowered the spread. With all of the injuries to the Giants, the Rams should feast against New York’s backups and give the offense plenty of opportunities for the offense. I do think this will be a low-scoring game though.