We’re on to Week 2! Our last primetime pick and preview led to hitting both player props and being correct with the lean towards the over.

Now, we aim to stack some winning nights. Thursday Night Football this week will be an NFC East battle between two teams that lost to start their season: the Giants and Washington.

Let’s get to the teams and some betting picks.

Giants at a Glance

New York lost their Week 1 game to Denver, 27-13, after failing to do much of anything in the second half.

What may have been most troubling was the Giants’ run defense, their one strength last season. Denver finished with 165 rushing yards on 5.9 yards per carry, which is admittedly ballooned a bit by a 70 yard Melvin Gordon run.

Quarterback Daniel Jones had a costly fumble against the Broncos, continuing his turnover-plagued career. He was also sacked twice.

Saquon Barkley and this offensive line couldn’t get any push on the ground, averaging just 3.0 yards per rush as an offense (30th in the NFL).

Washington at a Glance

The story out of Washington is the injury to Ryan Fitzpatrick, who is expected to miss a few months. The poor guy can’t catch a break! He gets another starting job on a very strong roster and immediately gets hurt.

Taylor Heinicke finished out Week 1, a 20-16 loss to the Los Angeles Chargers.

I’m not entirely sold on PFF’s rankings here, as Washington did hold LA to just 3.1 yards per rush, and intercepted Herbert once, and sacked him twice.

What killed Washington was the inability to get off the field, allowing the Chargers to convert 73.68% of their third downs, the highest mark among all 32 teams.

They tightened up in the red zone to allow just 20 points, so count me as a believer in this defense moving forward. 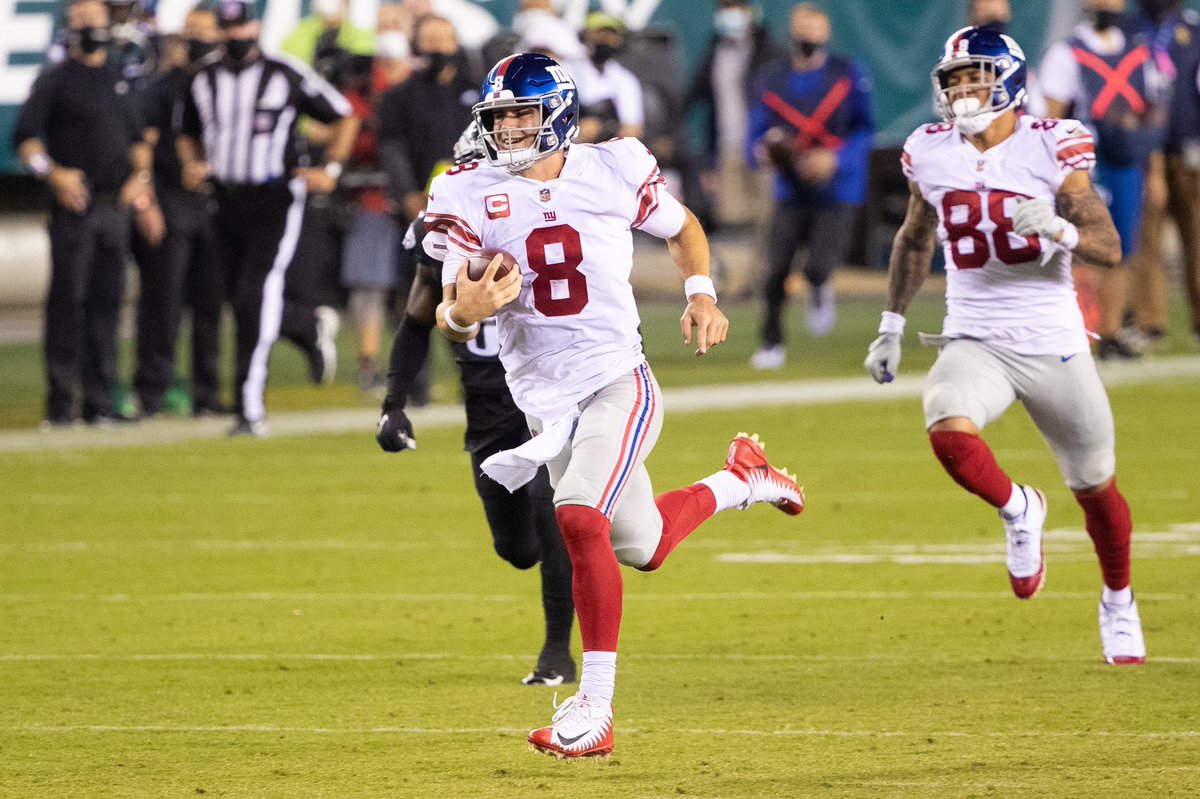 Sterling Shepard led the team in receiving in Week 1, catching 7 balls on 9 targets for 113 yards and a touchdown.

He and Barkley received the most volume, and it’s likely there I would start if you’re looking to load a Giants player into your prop picks.

This section is going to be short because I highly advise you to not bet on any New York Giants players to hit their overs.

This Washington defensive line is going to make life difficult for the New York offense all day, and Barkley seems likely to continue his inefficient start to the year.

The only prop bet I can humor is Daniel Jones to rush for over 21.5 yards. Jones has shown a proclivity for tucking it and running, and the advantage in the trenches for Washington suggests plenty of scrambles are coming. Jones finished last week with 27 yards on the ground. 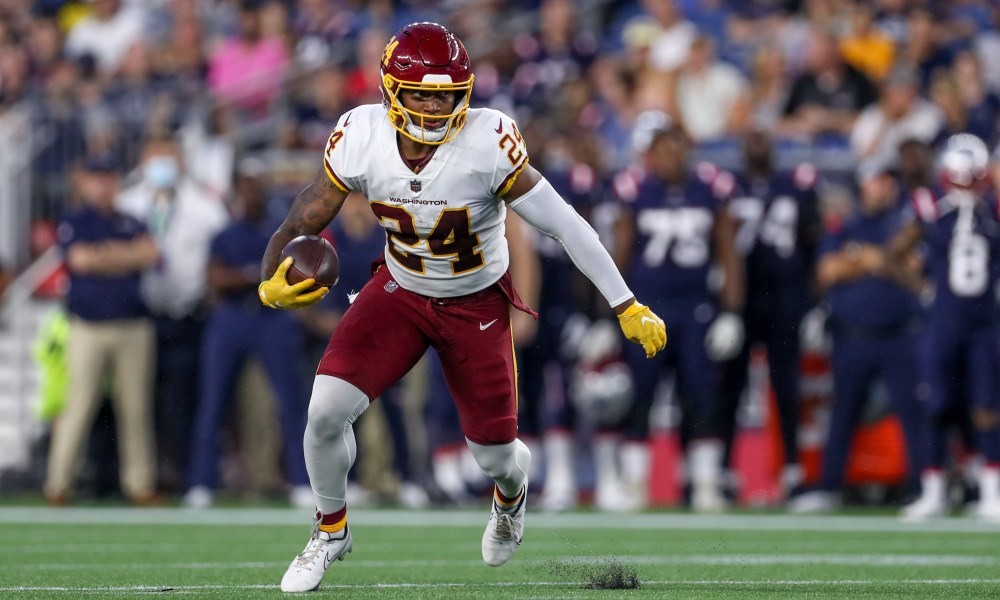 Antonio Gibson is going to be my favorite player to target in this offense all season.

The second-year running back was fifth in the NFL among RBs in carries and targets last week, finishing with a combined 25.

Tracking volume helps me pick out my favorite player props. The more times the ball comes your way, the more likely yards will come.

While I think rushing props for Gibson are a fine pick, I’m more drawn to the passing game for Thursday night.

Last week, Gibson led the team in targets, with five. He’s the clear workhorse in this offense, and as such, I’m stacking Gibson props for a big Thursday Night.

I’m not scared off by Taylor Heinicke getting the start on Thursday. He seems to be a fine option.

I still believe in this Washington team, especially their defense. And I still don’t believe in Daniel Jones as a quarterback or this porous Giants offensive line to keep him upright.

While WFT failed to cover in Week 1 as I thought, I’m going back to the well – they remain a better team. Playing at home, where they were 6-3 ATS last season, has me riding the Football Team in Week 2.