As the New York Jets head into this game, they’ll do it with a new QB at the helm. Mike White proved he has what it takes to be the starter going forward after a win over Cincinnati.

He’ll need that same mojo as he prepares to face the Colts’ passing defense, one of the best in the NFL. Do the Jets have what it takes to pull off an upset for the second week in a row?

The Indianapolis Colts are coming off a loss to a division rival. In order to get their season back on track, a win over the Jets is necessary.

Carson Wentz will need to do a much better job protecting the ball. If not, they could find themselves making headlines for all the wrong reasons. Let’s take a look at the betting lines in this New York Jets vs. Indianapolis Colts game.

Jets vs Colts Matchup at a Glance

Jets Preview: Mike White might be the answer at QB

Although Zach Wilson was a good draft choice at the time, he didn’t show much promise. Mike White, on the other hand, came in and made an immediate impact.

One thing he’ll have to work on is turnovers, as he threw two interceptions against the Bengals. If he’s able to work out those kinks, he could be a reliable starter for the Jets.

New York needs consistency, and White can bring them exactly that. Pair his arm, with a stronger running game and you might have a recipe for a couple of wins.

Perhaps, even a win over an AFC South opponent this weekend. This is provided that the Jets can actually stop the Colts rushing offense.

Colts Preview: Time for Indy to get back to basics

If Indianapolis wants to start climbing their way back into the playoff race, they need to get back to basics. They run the football well and it’s something they should do more often.

If they continue these silly mistakes as they made against Tennessee, they’ll be in trouble. The last thing they’ll want to do is be another team that lost to the Jets.

By focusing on controlling the clock, the Colts can get a good handle on this game. They can force the flow of the game and get the Jets on their heels.

It might not be good for the 10.5-point spread, but it’ll be great for their odds of winning the game. At the end of the day, this is a must-win game for the Colts. 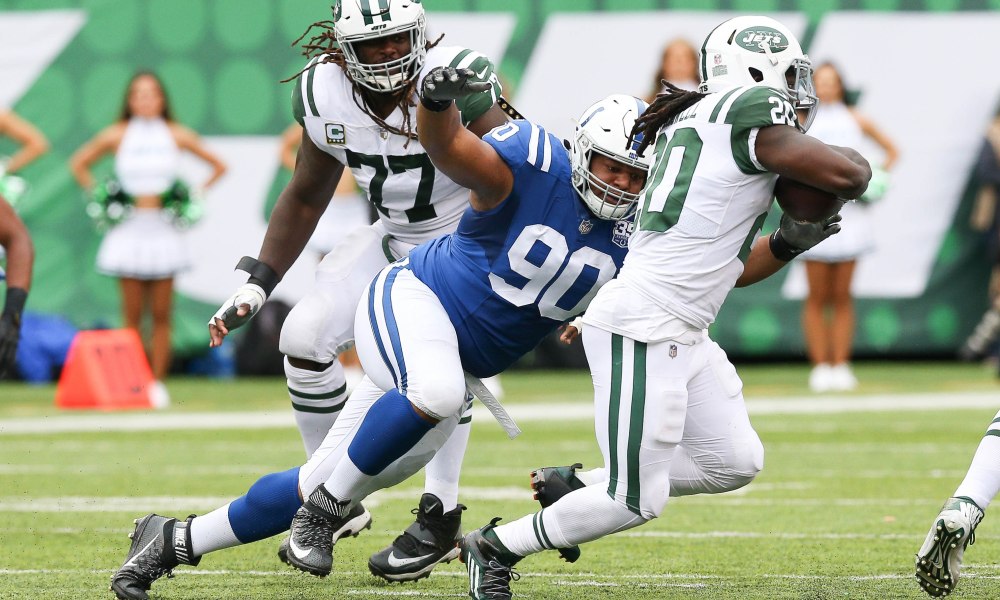 As we stated earlier, the Colts come in as 10.5-point favorites in this game. The only way they’ll be able to cover this spread is by scoring early and often.

The good news for them is that the Jets defense allows nearly 30 points per game. If they can capitalize on this, they should be in good shape to cover.

However, their defense will also need to hold up their end of the bargain. They can’t allow the Jets to march down the field as easily as they allowed the Titans to do.

Pressuring Mike White constantly should get him to turn the ball over. More turnovers equal more points for the Colts, steer clear of the over in this one though.