The 2021 NFL season has been off to an incredible start. A number of teams have surprised for the better, while others have for the worse. It is very surprising to see the Chargers at 4-1, but there they are.

Perhaps even more surprising are the short-handed Ravens being 4-1. Lamar Jackson has been looking incredible, and perhaps an argument can be made for him winning a second MVP award in three years. Maybe?

Against the Colts on Monday Night Football with his team trailing 22-3, Lamar knew he had to go off. The defense was getting run off the field, while the offense hadn’t been able to do much. They realized the run wasn’t working (for the first time in his career) so it would have to be done through the air.

Jackson led four consecutive touchdown drives while helping the team complete a pair of two-point conversions along the way. They were down 25-9 in the fourth quarter and ultimately became the first team in the last 121 tries to rally from a 16-point fourth-quarter deficit against the Colts.

Jackson completed 37-43 passes (highest completion % in NFL history in a game where a player threw 40 passes), going for 442 yards and four touchdowns. Not too shabby for a guy some still joke is a “running back” huh?

This is the type of game where you realize just how special your QB is and you never truly knew. It was only a matter of time before he figured out how to pass like this. 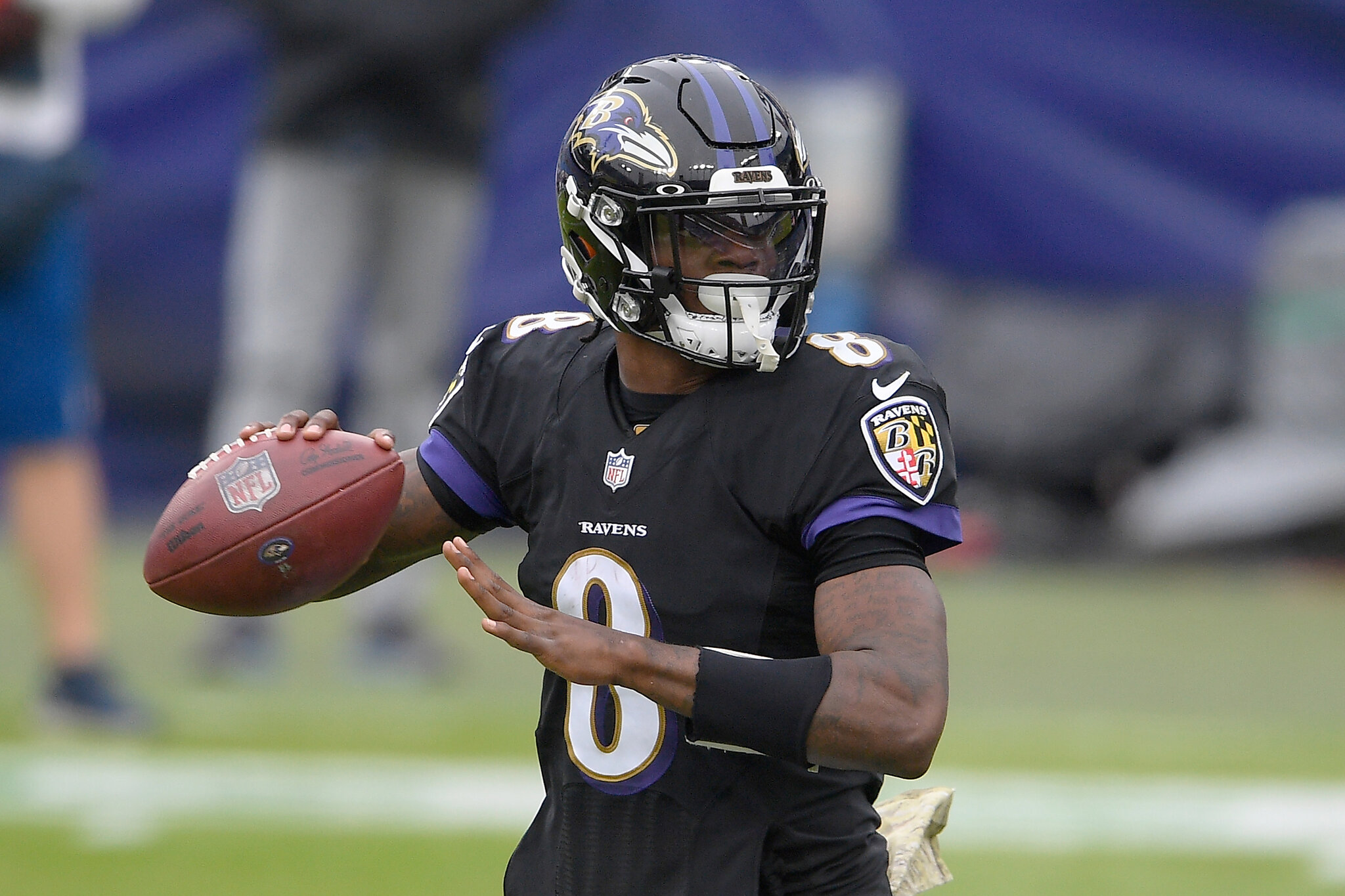 Guiding His Team Every Week

Baltimore’s defense was giving up chunk plays to Indy for most of the night. But in the late stages, they got a few key sacks. They blocked a short field goal attempt that could have iced things. And they were able to overcome it all to get the win.

For Jackson, that was his peak performance. But, he has been good all year. He got his first win against Patrick Mahomes. He threw for 316 yards and a TD against Denver. And he is currently top 10 in the NFL in both passing and rushing yards.

Given that last stat about Lamar being inside of the top 10 in each category makes him the ultimate cheat code. He is an incredible football player, and if you replace him with somebody else, the team is either 1-4 or 2-3. Is it any surprise really, the team is 34-8 in his 42 regular season starts?

Coming into the season, Jackson has only two fourth-quarter comebacks. He has already got three now (shoutout to Justin Tucker hitting the longest kicker ever against Detroit a few weeks back). He doesn’t throw a lot of interceptions, and as soon as he learns to hold on to the ball tighter, he will be a literal perfect player.

He ran 193 yards over the first couple of weeks and bounced back after a few slower performances with 62 on the ground. The Colts’ rush D was very good, so him getting those yards were vital.

Do not sleep on Jackson in the MVP race. Even with Tom Brady, Josh Allen, Aaron Rodgers, and Kyler Murray existing.