There’s three NFL games this Saturday, a holiday treat! There’s a couple bets I like, let’s break them all down, game-by-game. For more on props and picks, make sure you’re following on Twitter, @griffybets.

I broke down every Week 16 game the other day, and I’ve migrated my analysis for the three Saturday games below. For the entire Week 16 slate, I recommend taking a look at the resource I’ve compiled, here.

The Bucs are looking to lock up a Wild Card spot with a win against the lowly Lions. Due to a covid-outbreak, the Lions are left without much of their coaching staff for today’s game, an interesting twist.

The Lions have lost two straight and four of their last five thanks to a defense that is continually gashed both through the air and on the ground. Factor in offensive injuries that have kept their core of Stafford, Golloday and DeAndre Swift unavailable at times, and this has been a disappointing year for Detroit.

Tampa, winners of two straight, has had an overall solid year. Save for a 38-3 shellacking at the hands of the Saints, they’ve lost a pair of games to the Chiefs and Rams by a combined six points, and blown out many of the opposition.

With big names scattered throughout their offense, they certainly have the potential to make some noise in the playoffs. With a significantly stronger defense than Detroit, they should win this game with ease.

There is a clear advantage for the entire Tampa Bay offense in this one. When I take a step back and consider game flow, it’s the run game I want a piece of.

Ronald Jones is out, meaning Fournette will be getting the start for the second straight week. Fournette took 14 carries for 49 yards and two touchdowns a week ago. His yardage output gives me some pause, averaging under four yards per carry on the year.

The numbers suggest a big game for the rushing attack. Considering Fournette took 88% of the running-back carries a week ago, he is in a good position to hit his over. The number I’ve seen is around 62.5.

I’ll take the touchdown score over the yardage numbers, but I think both are solid bets.

I’m surprised to see this line set so low. For the record, I think Godwin is also a good bet, at 56.5 yards.

This Detroit secondary is abysmal, and Brady has had a great year spreading the ball out to these targets.

When taking a look at snap counts, targets and catches, it’s Evans and Godwin I want. Both average over 80% of snaps played as the clear top receivers on this team.

The target and catch numbers for AB are intriguing, but given that he plays just half of the game, I’ll be staying away. 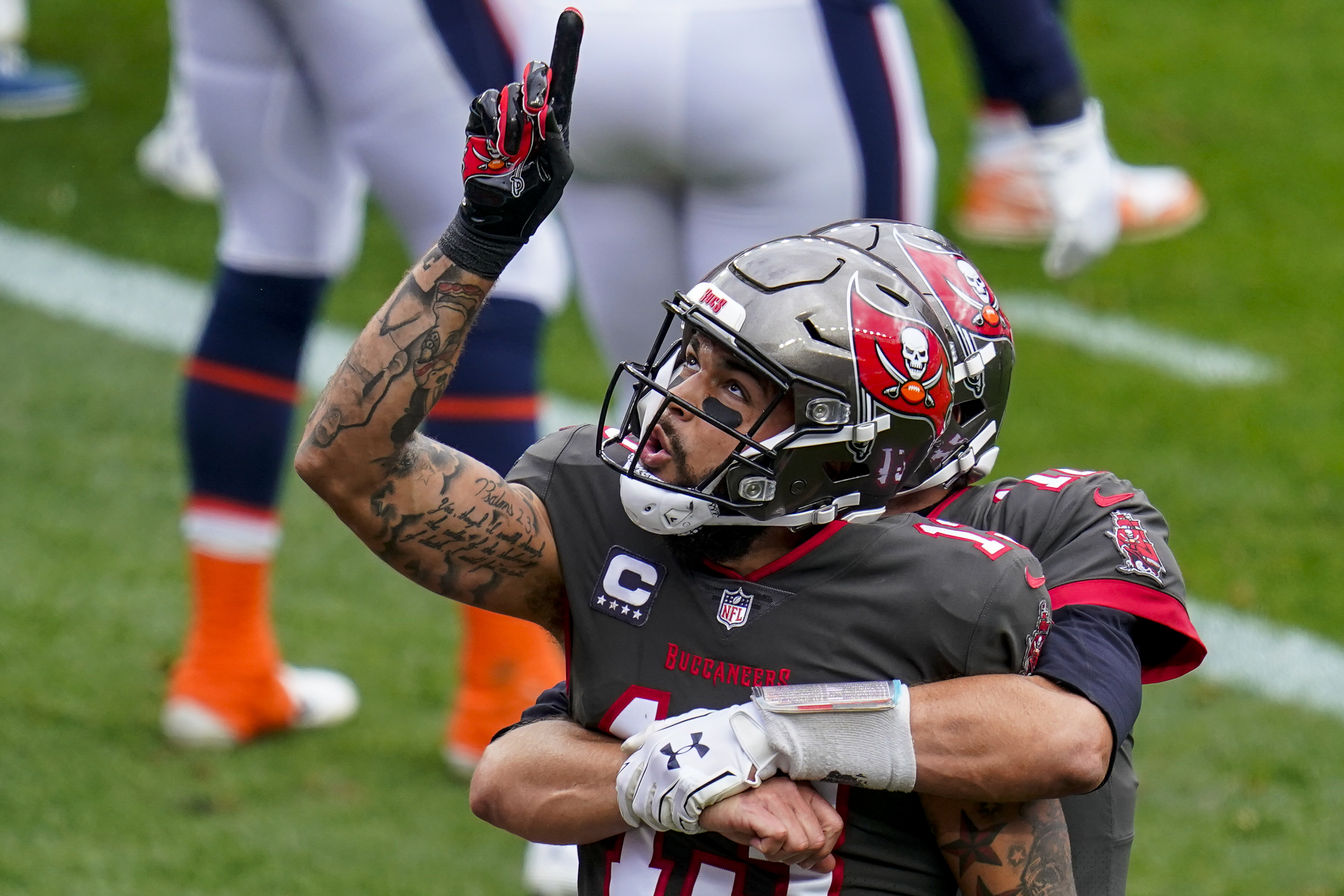 In a game I expect the Bucs to be pouring it on, I’ll bank on an Evans TD. The Lions have let up six touchdowns to receivers in their last four games.

Jones is the top receiver on this team with Golloday out, and the Lions do have a slight advantage in the passing game on PFF. Jones is averaging 6.3 catches per game in his last six. In that same time-span, he’s averaging 10 targets per game.

This is some great opportunity in a game the Lions should be trailing throughout.

With the Bears right on their heels, the Cardinals need a win to gain some breathing room for the seventh and final playoff spot in the NFC.

The Cardinals offense is humming, while the defense has some leaks, but on the whole, this has been an exciting team to watch. Kyler Murray is coming off a big game, passing for over 400 yards and accounting for four total touchdowns.

The 49ers season can be summed up by injuries, and third string quarterback CJ Beathard will be getting the start this week. One reinforcement is on its way in the form of star tight end George Kittle.

The Niners defense has been relatively strong and could potentially slow Kyler and co. down. I don’t love this spread or over/under, but we can find a prop or two to target.

A surprise advantage for San Francisco on both sides here. Even so, with the turnstile on offense, I don’t feel comfortable taking any 49ers in this one. There is just one man I can trust with a prop in this afternoon game. 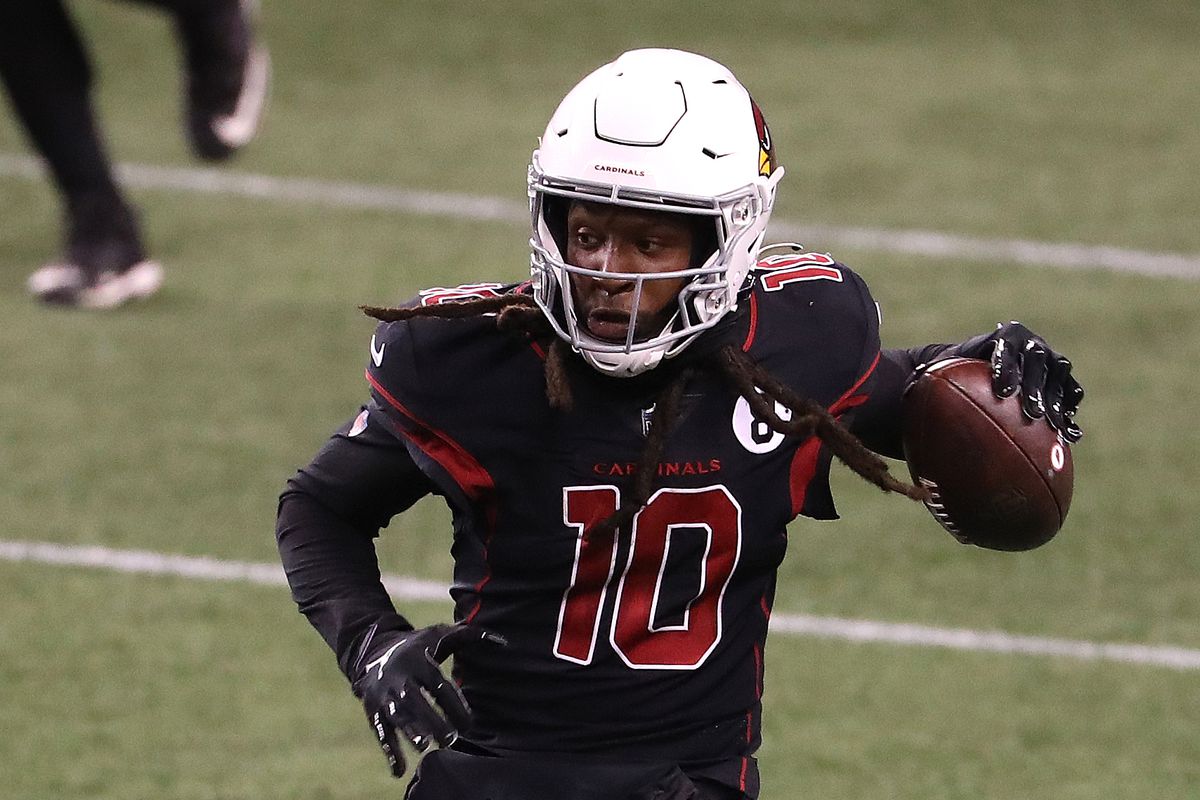 You don’t need me to tell you how good Hopkins is. The 2020 Pro Bowler had 14 catches for 151 yards the last time these two teams met, and I like this line for an encore performance.

This Niners defense is just a few weeks removed from allowing the Bills receivers to catch 24 balls for 321 total yards. As the focal point of this offense, I believe in Hopkins.

I guess Saturday is just the day for the Wild Card teams, as the stakes here are the same in both previous games. The AFC Wild Card race is a bit of a logjam at the moment. The Raiders are dead, while the Dolphins need a win to keep up.

On offense, Miami is pretty banged up. Pass-catchers DeVante Parker, Jakeem Grant and Mike Gesicki all missed last week’s game and are in jeopardy of missing this one.

I do not understand why this spread is so low. The Dolphins have been one of the better teams this year, while the Raiders have completely collapsed into themselves.

No beating around the bush here, this Raiders defense is bad. I’ve got my eyes on Miami’s injury report, and if he plays, this is my favorite prop pick tonight. 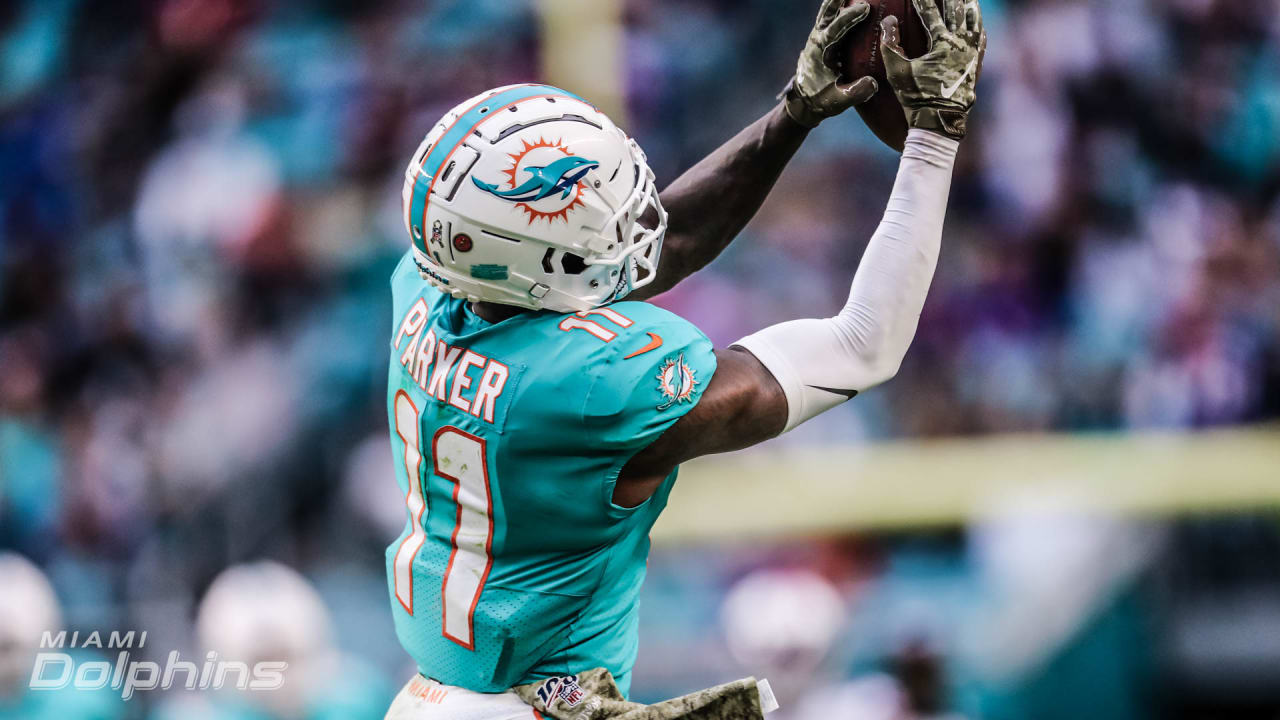 Again, this is contingent on Parker playing, obviously. He was limited in practice this week and is listed as questionable. If he plays, he’s the top target for this Miami passing game, going up against an extremely vulnerable Raiders defense.

Parker averages 7.5 targets per game and 52.1 yards per game (excluding the Chiefs game he left early).

There have been four significantly weaker secondaries that Parker has matched up with this year (Jets x2, Seahawks, Jaguars).

In those contests, Parker averages 83 yards per game. The Raiders secondary is in a league with those units, and I foresee a big game for the top wideout if he can suit up.

That will do it for the triple-header preview. Make sure you’re following on Twitter, @griffybets, for all things props and picks. Best of luck today!