The last game of an eventful Week 1 is here in the NFL as the Baltimore Ravens travel to Las Vegas to take on the Raiders.

The Ravens have suffered a ridiculous amount of injuries to the running back position, so we’ll see how they’ve adjusted the game plan against a Raiders team that isn’t expected to be much trouble. Let’s get to the teams and some betting picks.

Ravens at a Glance

Baltimore finished last season 11-5 and won a playoff game, and many have slotted them as a favorite in the AFC North.

The Ravens run the ball as well as anyone, ranked third in DVOA rankings last year and sixth on Pro Football Focus.

Having Lamar Jackson helps, but a strong run-blocking offensive line paved the way for JK Dobbins and Gus Edwards to pick up yards in chunks.

Well, Baltimore lost all their runners to season-ending injuries already, and seem to be trotting out Ty’Son Williams and Latavius Murray on Monday night.

The volume is going to be there for one runner to have a big night (and season), but it’s too early to know for sure. My early lean is Murray, who has a bruising style of running that Baltimore seems to prefer. Despite just being signed this week from New Orleans, it should be easy enough for Murray to pick up the scheme.

Baltimore’s defense remains a strength, with strong contributors at all three levels.

Raiders at a Glance

Las Vegas finished 2020 8-8 after a late-season slide, and their defense, in particular, is completely to blame.

Ranked as a bottom-five unit in both DVOA and on PFF, the Raiders couldn’t stop a thing, and while they added a few new starters, I’d expect much of the same to start this season.

Las Vegas had a strong passing offense last season led by Derek Carr and Darren Waller, but the rest of the offenses leaves much to be desired. Josh Jacobs was very inefficient running the ball thanks to a poor offensive line.

With a weak line and a vulnerable defense, it could be a long season in Vegas. 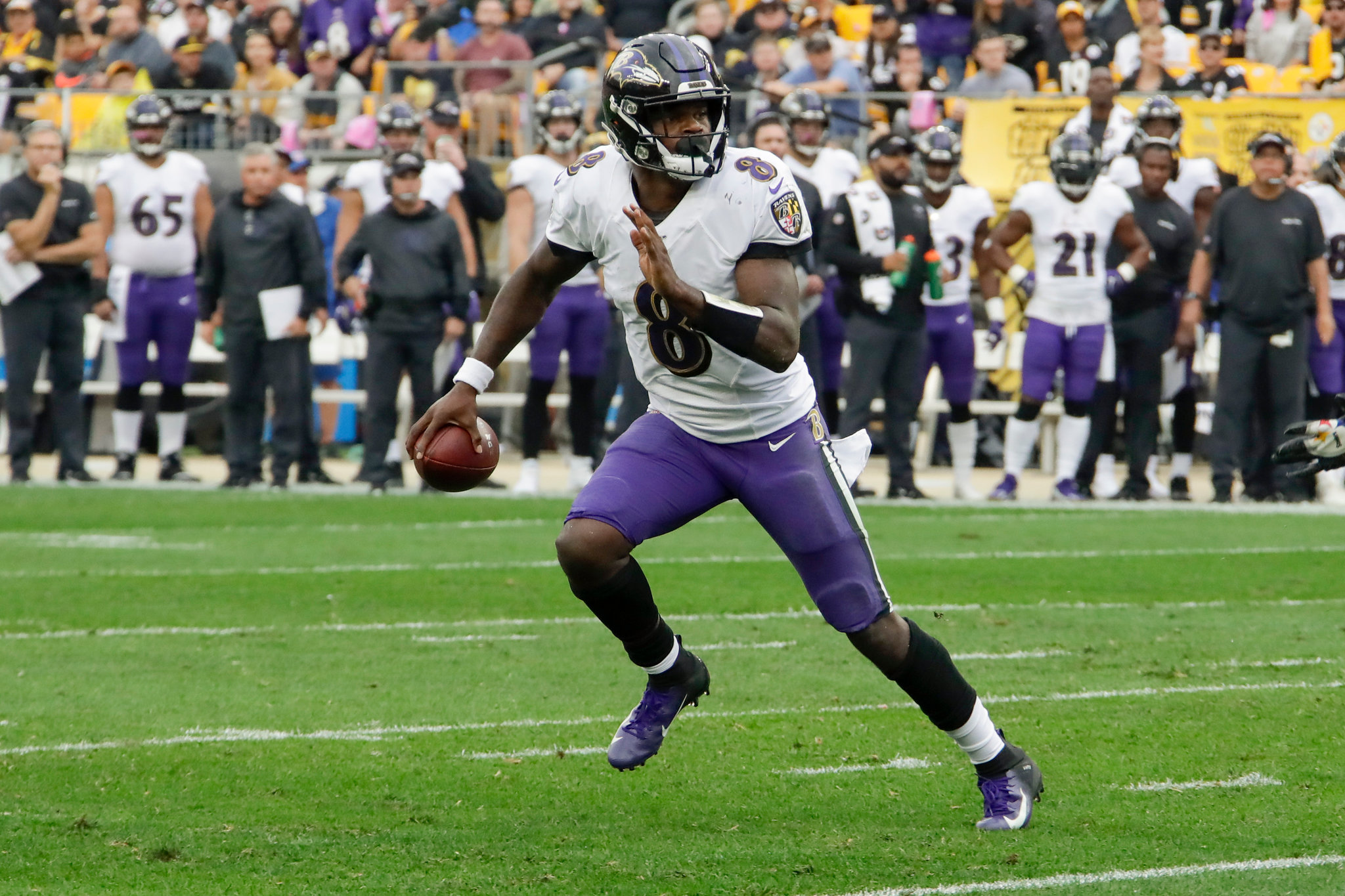 Given its Week 1, the best we can do is look back on volume from both teams last year, consider the player’s roles in 2021 and the defenses on the other end.

There’s an advantage however you slice it for Baltimore, with a weak Raiders secondary and run defense.

I’m slightly drawn to the passing game, which wouldn’t be the case if we had more continuity at the running back position.

For the first time, Baltimore has made a concerted effort to find Lamar Jackson weapons in the passing game, drafting Rashod Bateman in the first round and signing Sammy Watkins in free agency.

Together, they join Mark Andrews and Marquise Brown to form a very solid group of pass-catchers.

While I tend to bet on receivers to hit their lines, I’m turning my attention to Jackson himself. With a weak Raiders defense on tap, a better group of weapons in the passing game, and injuries to RBs, the target is clear.

This is higher than he typically goes, but there’s a lot that points to a big Jackson game tonight, and I’m riding the best player the Ravens have on offense.

Based on the odds, I’d also consider betting on either Ty’Son Williams (+150) or Latavius Murray (+250) to score a touchdown. It’s too up in the air for me to go on record with a pick, but one is bound to fall in the end zone. 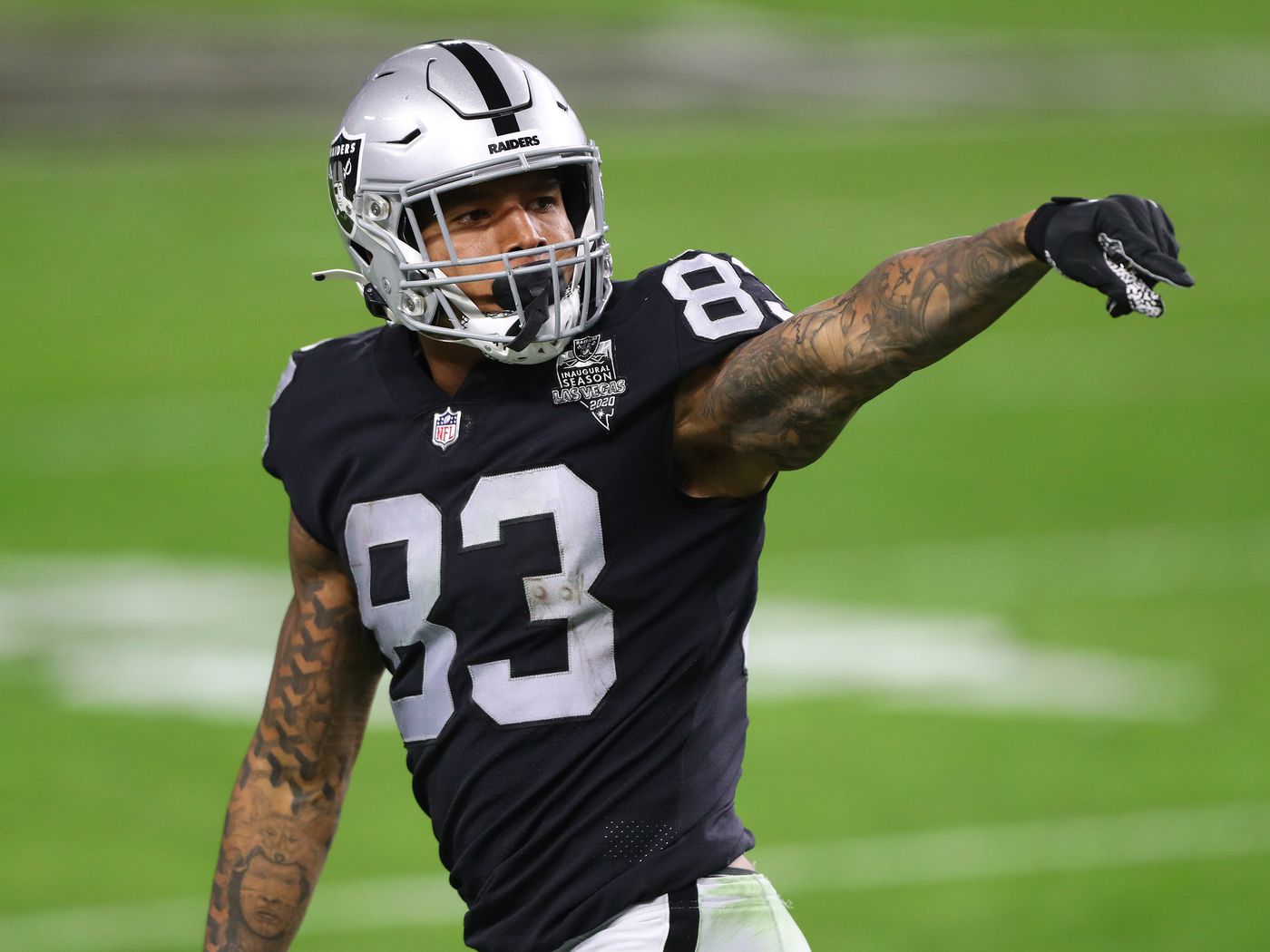 I’m extremely low on the Raiders heading into this season, so it’s hard to feel too good about anyone on this offense for betting purposes.

The offensive line has the potential to be one of the NFL’s worst this season, though Baltimore didn’t have the best pass-rushing season last year and lost a few of their best edge-rushers.

Darren Waller had a monster season last year, targeted 145 times and catching 107 of them for 1,196 yards. His line is a reasonable 67.5 yards tonight and is Carr’s favorite weapon.

With Baltimore corner Marcus Peters out for the year, there is some potential vulnerability in this Ravens secondary.

Waller is the most trusted choice in this offense, and the man I’d recommend. The tight end was second in the NFL last season in red-zone targets, so instead of yards, let’s grab him to score at a reasonable +120.

Waller to score twice is at an enticing +850 if you’re feeling crazy tonight.

I’m avoiding the spread tonight simply because I need to see how well Baltimore rushes the passer.

The entire Ravens defense is a mystery to me, and Las Vegas has shown the ability to throw the ball effectively.

The Raiders were 12-3-1 last season against the total points, good for best in the league. It helps when you have a struggling defense and an offense that can pass the ball well.

Together, I expect points. The Three Best Matchups for Week 14