I’ve had this game circled all week, there are some quality Sunday Night Football bets tonight.

The Titans and Packers seem poised for a shootout, owners of two of the best offenses in the NFL.

Let’s break it all down. Sparknotes: take the overs for any and all.

NFL Sunday Night Football Bets: When Tennessee Has the Ball 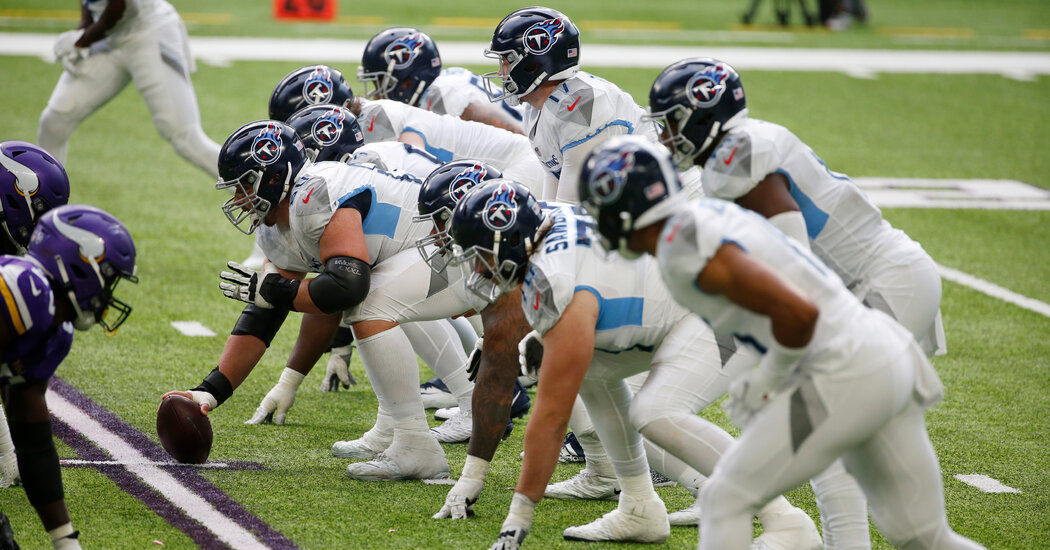 The Titans grade out as one of the best offenses in the NFL in both facets. They come in second as both a receiving and passing team, and first in rushing.

With that established, we’re loading up on overs. The Packers defense isn’t overly threatening and are going to struggle to stop Derrick Henry, which will open up the rest of the offense. Green Bay is a middling secondary, but in a game with such a high over/under, this is an extremely reasonable line for the Titans top receiver.

Brown averages 74 yards per game, has gone over 80 six times, and is the leader in targets for the Titans.

I love a bounce back for Brown against the Packers, letting up over 145 yards to receivers in seven of their last nine games. Do I need to explain to you how good Derrick Henry is? I know I don’t.

The Green Bay run defense has steadied the last few weeks, albeit against poor rushing teams. They still allow 4.5 yards per carry and Henry is the workhorse back you covet in a player prop.

This line is high. There’s no doubt about it. Henry is averaging an absurd 146.6 yards per game in his last five.

I think this is a back-and-forth game throughout, and the points and yards will start and end with Henry. Load him up.

Week 16 Sunday Night Bets: When Green Bay Has the Ball

Aaron Rodgers is an MVP-type year and the leader of the top-seeded Packers. The offense is humming on both sides and I’m going with the same approach that I did for the Titans.

DVOA ranks Green Bay’s passing game as the third best in the NFL, and the Titans pass defense as 30th in the league. That’s a massive disparity that I’ll be targeting.

You don’t need me to tell you that this passing attack flows through Adams. The top receiver averages nearly 100 yards per game, and coming off one of his worst games of the year, I expect a bounce back in a big way.

You may be surprised to know that Green Bay grades out as the third best rushing offense in the NFL on both Pro Football Focus and in DVOA rankings.

The Titans rush defense is fine, but they’re letting up 92 rushing yards per game to running backs. If I’m to take three of the offensive studs overs, I might as well make it a clean sweep, right?

Have I made it clear yet that I expect a lot of offense tonight?

Yup, I like a shootout in this game, and I’m taking over 53.5 points tonight.

With neither team sporting a menacing defense, I think it’s going to be a touchdown parade, and I’m here for it.

That will do it for this Sunday night football preview! Make sure you’re following on Twitter, @griffybets – best of luck tonight.