The Chiefs 27-24 win over the Buccaneers in Week 12 sticks out vividly as I recall the NFL regular season. It’s hard to forget the historic performance Tyreek Hill had, mostly at the expense of Carlton Davis. But, what has changed?

Is that game a blueprint for how this one will go? Hill can’t possibly have as good of a game, can he? Will Davis cover him? Were there key players out for either side that influenced the final outcome? What went right and what went wrong?

Answers to these questions and more are explored below as we get our bearings for Super Bowl LV. Let’s take a look…

What Happened in Week 12?

The Chiefs quickly went up 17-0 off the back of Hill’s historic first quarter. This quick lead predictably altered the game flow for the Buccaneers on offense.

Don’t put too much stock into the box score from Tampa Bay in this one.

Due to the quick hole, Tampa passed on 76% of their offensive plays. Their regular season average was 62.5% (fifth-most in the NFL), but this jump blew up anything Bruce Arians and Tom Brady may have had planned.

For Tampa Bay to beat the Chiefs, it starts with offensive balance. If you read my trench talk, which you need to do, the biggest advantage in the game comes at the expense of the Chiefs run game.

I’m expecting a big game for Leonard Fournette against this poor Kansas City run defense. His success has helped the Bucs win their three postseason games. It all comes back to balance. In their three playoff wins, Tampa is passing on just 55.6% of their plays, a steep decline from their regular season average, and a monstrous difference from their last game with Kansas City. 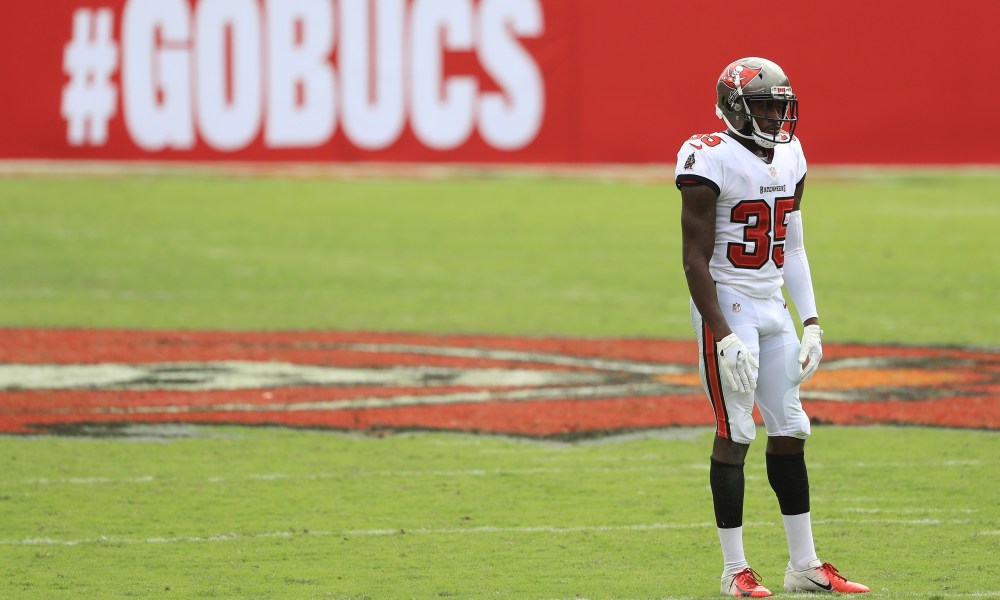 Don’t expect to see Carlton Davis matched up on Tyreek Hill again. All indications suggest it will be Jamel Dean, PFF’s 15th ranked corner, who ran a 4.3 40 two years ago. Dean was unavailable the last time these teams played. His speed should at least give him a chance to keep up with Hill.

After Tyreek’s first quarter, adjustments in the secondary held him to six catches, 66 yards and a touchdown. Still a very respectable output, but not game-changing.

The Bucs scored a couple of late touchdowns to turn a 27-10 blowout into a respectable 27-24 loss on paper. Don’t look at the score and think these teams were evenly matched. The Chiefs easily had this game in their grasp and coasted to a win.

Rob Gronkowski led the Bucs in receiving in Week 12, don’t expect that to remain the case, he has caught just two balls in these playoffs. Mike Evans caught just a third of his targets and should be better in the Super Bowl.

Tampa Bay went 3-9 on third downs, failing to stay on the field.

What is the Impact on Super Bowl LV?

The Chiefs were fully healthy against Tampa Bay, and now have to weather the loss of Pro Bowl left tackle Eric Fisher.

The Bucs had a hobbled group of interior linemen that still held Chris Jones (PFF’s #2 pass-rushing DT) in check. That group is now healthy.

This has been a long-winded way of letting you know: don’t bank on a repeat performance. Yes, the Chiefs should be able to move the ball as one of the league’s best offenses, but Tampa Bay has the offensive and defensive balance to make this a better game.

In the six games since Week 12 (not including Week 17 sans starters) Kansas City has matched that number, scoring just 16 total points in their first quarters.

All this is to say: expect a closer game. Tampa Bay should have opportunities to establish their running game. Consider taking Chiefs under 6.5 total points 1Q (-115).

Plenty more to come this week, including my game preview, favorite props, and injuries that might affect the big game.

Check out a few of my Super Bowl posts already published below, and make sure you’re following on Twitter, @griffybets. Until next time. The Three Best Matchups For Week 8