Auston Matthews is the next great NHL goal scorer This week Auston Matthews permanently etched himself into the Toronto Maple Leafs’ history books by scoring his 54th goal of the season, tying Rick Vaive’s franchise record for goals in a season. One more goal and he will be the Maple Leafs all time single season scoring record holder.

Matthews has helped the Leafs to an incredible 10-4 record in their last fourteen games and have won five straight. In those five games Matthews has put away seven goals and four assists (11 points).

Matthews scoring 54 goals in 64 games played is the greatest goal scoring feat we’ve seen since Alex Ovechkin scored 65 and 56 in back to back years. Matthews is on pace to score 64 goals this year, which would make him only the second player since 1996 to score 61+ goals in a season.

Matthews is only 24, two years older than Ovechkin was when he scored 65 in a year. Hopefully for Leafs fans that is a sign that he’ll be able to carry this kind of goalscoring ability into the future. 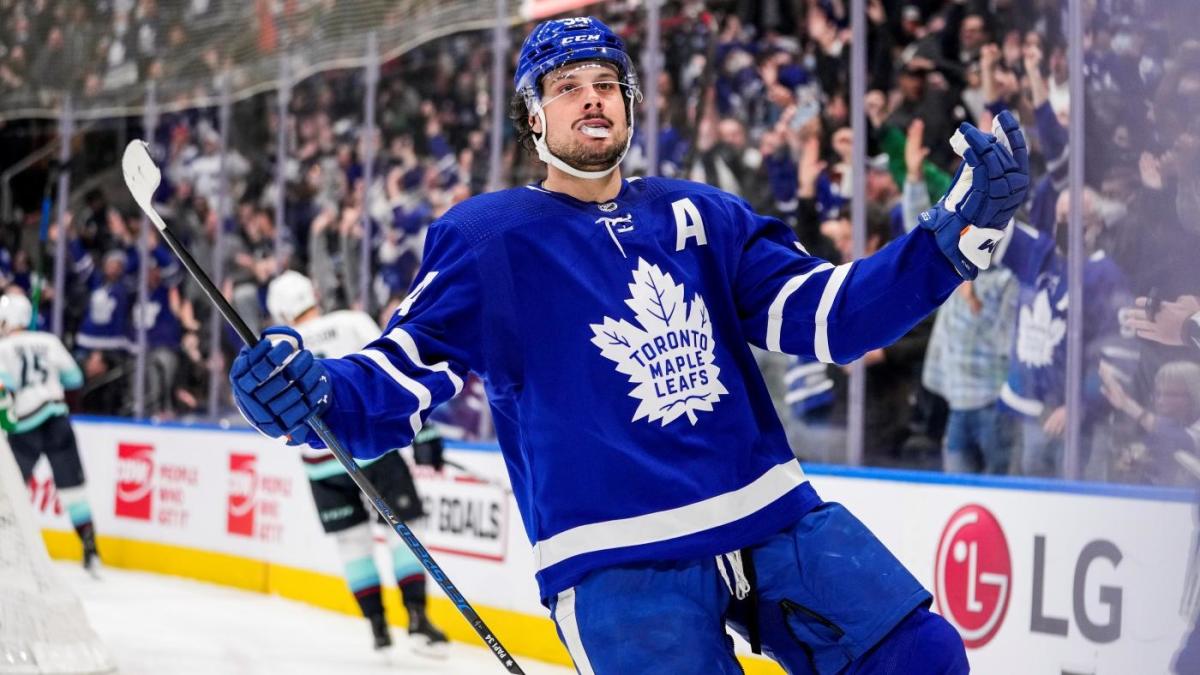 Matthews is a generational talent with his goal scoring ability.

Matthews has a mind boggling 26 goals in his last 25 games played. He has the fifth best goals per game average of any player in NHL history at .636 goals per game. Of course he’ll have to maintain that throughout his career to remain that high on the list, but it is insanely impressive nonetheless.

I’ve compared Matthews and Ovechkin’s numbers a lot here, but they play significantly different styles of hockey. Matthews is a lot more elusive compared to Ovechkin who bulldozes through people. Matthews’ stick work is a little bit cleaner but Ovechkin’s shot is more powerful.

I think it would be disrespectful to both guys to say Matthews is the next Ovechkin. Each has their own talents and use them in different ways on the ice. Matthews can become the second youngest player to score 60 goals in this era, and it’s the toughest era to score goals in hockey history.

Matthews is one of the alternate captains for Toronto and has shown incredible leadership this year. He’s set the example for how to behave on and off the ice and has been essential in wins for the Maple Leafs.

He’s got a great mentality towards the game of hockey and hopes he and Mitch Marner can bring an end to Toronto’s Stanley Cup curse. The Leafs have not won a playoff series since 2004, the second longest drought in the NHL currently.