The Washington Capitals are really starting to string together some important victories as their Captain slowly chases down Wayne Gretzky’s record. Last night the Capitals beat down on the Columbus Blue Jackets who had their eyes on making a run for the playoffs.

At the beginning of the month the Blue Jackets were within seven points of the Capitals, giving Washington a reality check on where they were relative to other teams. Washington has gone 6-0-1 since the month of March started and are now 13 points clear of anyone below them in the Metro division.

They are also within three points of the Rangers (third), five points of the Penguins (second), and are nine points behind first place Carolina. They’re also one point behind Boston for the first Wild Card spot.

Washington traveled to Columbus after beating the Islanders in a 2-0 game in Washington on Tuesday. In that game Captain Alex Ovechkin scored and broke his tie with Jaromir Jagr. Ovechkin stands alone now in third place all-time for goal scoring.

This game in Ohio began with an early opportunity for Washington, followed by a few minutes in the defensive zone. About 4 minutes in the Caps got a nice bounce and Anthony Mantha skated up on a breakaway and beat Korpisalo five hole. 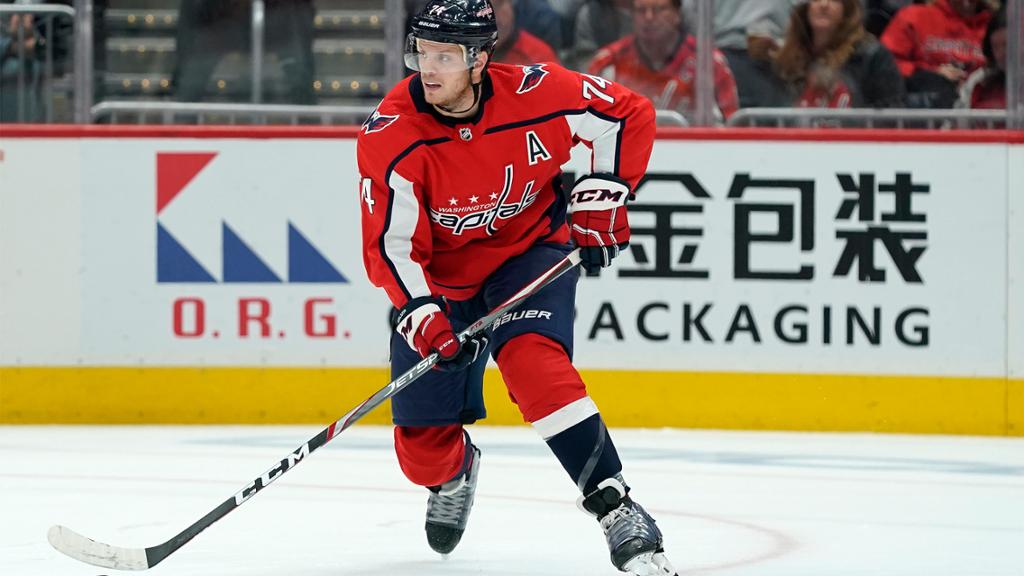 Defenseman John Carlson leads the Capitals in assists with 40 this season so far.

Later in the first Mantha would score again, although it was technically an own goal by Columbus. Less than two minutes into the second period John Carlson picked up his 40th assist of the season as Martin Fehervary scored his fifth goal of the year.

Alex Ovechkin celebrates one of his 768 goals.

Alex Ovechkin extended his storied run of goals by adding number 38 on the season. Ovechkin scored a powerplay goal off of a pass from Conor Sheary behind the net. Ovechkin collected the puck with his feet and fired away a wrist shot that snuck past the Columbus netminder.

Ovechkin’s 768th goal of his career was his 30th of the year out of 30 winning games, while he only has 8 goals in the combined 27 games they lost. Clearly when Ovechkin is hot, the Caps are hot.

Goalie Vitek Vanecek looked incredible and stopped 95.1% of shots he faced tonight, saving 39 of 41 shots. Vanecek is now 6-0 in the month of March and is saving 93% of shots he’s faced this month. The Capitals need him to continue playing excellently if they want to push deep into the playoffs.

The Caps have looked great the past few weeks, but there’s still 20 games remaining on their schedule. One of those games will be tonight against Carolina coming off a game last night.

Carolina has been one of the best teams in the league all season, but the Capitals bested them in DC this month already, 4-0. Carolina will certainly be looking to get revenge, and I expect this game to be an absolutely must watch game. Both teams are going to bring it.

Stay with Knup Sports for all the best NHL news!