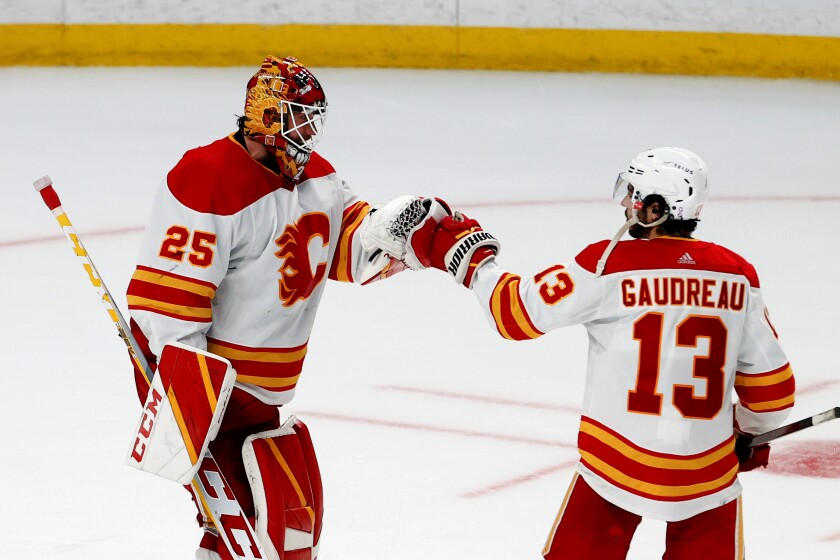 Johnny Gaudreau and Jacob Markstrom have been essential in the Flames wins this year.

The Calgary Flames and the Los Angeles Kings are separated by five points in the Pacific division and the Flames are being led by Johnny Gaudreau who has 92 points(fourth in the NHL) and have had phenomenal goaltending from Jacob Markstrom.

The Kings have bounced back from a mediocre start to the season and are in good position to make the playoffs without being in a wild card spot. They are 6-6 since March 13th though and needed a big win at home against the Flames last night.

I’ll give you a breakdown of how the game went and how it affects the playoff race with just about three weeks left in the regular season.

The first period started off extremely fast with the Flames dumping the puck deep into the offensive zone. Immediately Johnny Gaudreau skated to the corner where he found the puck and fired it towards the net. Los Angeles’ goalie Cal Petersen was out of position from playing the puck, and it bounced between his legs into the net. 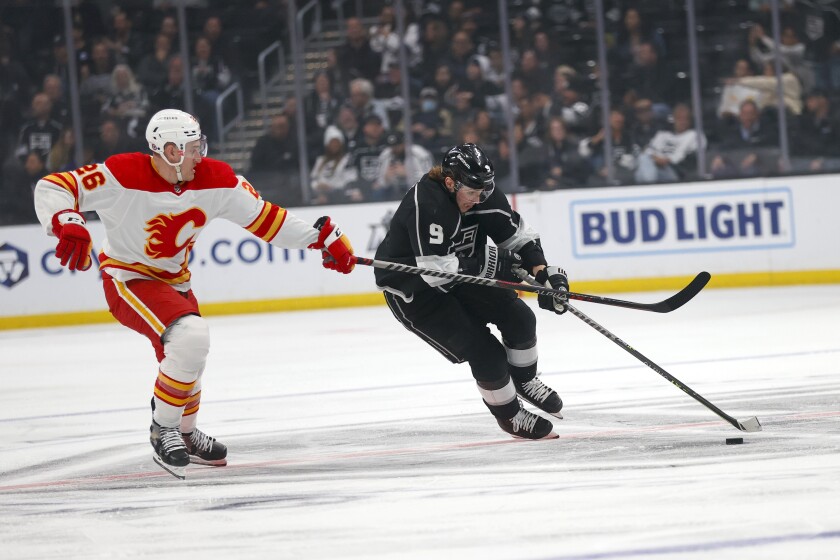 The Kings would bounce back nicely though and improved as the period went on. Adrian Kempe scored with 6:06 left in the period, and again on the powerplay with only 54 seconds remaining in the period. The Kings carried the lead, and the momentum, into the locker room.

The second period was fast paced and exciting with the Flames adding to their shot total rapidly. Johnny Gaudreau and Elias Lindholm both played beautifully, creating plays and opportunities all over the ice.

About halfway through the period Jacob Markstrom had two huge saves, roughly thirty seconds apart, that were vital for the Flames to stay within reach. The Kings really looked like they were going to extend their lead, but Markstrom showed he’s consistent as well as reliable.

Elias Lindholm has 70 points in 69 games this season.

With just under seven minutes left in the second, Johnny Gaudreau set up behind the Kings net. He waited patiently for an opportunity to open, and as Elias Lindholm skated around the circle and into the high slot, Gaudreau placed a beautiful pass that led to a one-timer blast from Lindholm that tied the game.

Just a minute and five seconds later a dump and chase from Calgary led to a wide open Johnny Gaudreau in front of the net, resulting in a backhand goal from Calgary’s superstar. Calgary would carry that lead into the third period, and dominated the rest of the game. This kind of play in important games is why I think the Flames are going to have a good run in the playoffs.

The Flames now have a five point lead on the Kings in the Pacific, despite having played three less games, and are hoping to secure their third division title since 1995.