The first place Florida Panther welcomed the Toronto Maple Leafs into their arena last night for an epic game of hockey. When the night started I don’t think anyone could have expected the outcome that happened, but I’m sure nobody was complaining.

This game was an intense affair with multiple comebacks, lots of scoring, and overtime hockey. I’m going to give you a detailed recap of the game as well as explain what the results mean for each team and their playoff hopes.

Fighting for the Atlantic division title

Before the game started the Panthers were seven points ahead of Toronto in the Atlantic division standings. Both teams have played the same number of games, so this was a very important test for both teams.

The Panthers are the best offensive team in the NHL this year and have the best goal differential at +84. Toronto has been heating up recently thanks to impressive play by Mitch Marner and Auston Matthews. Matthews leads the league in goals with 54.

It appears these two teams might just face-off again in the playoffs if the Leafs can win their first playoff series since 2004. Florida will have to do the same, their drought lasting since 1996. 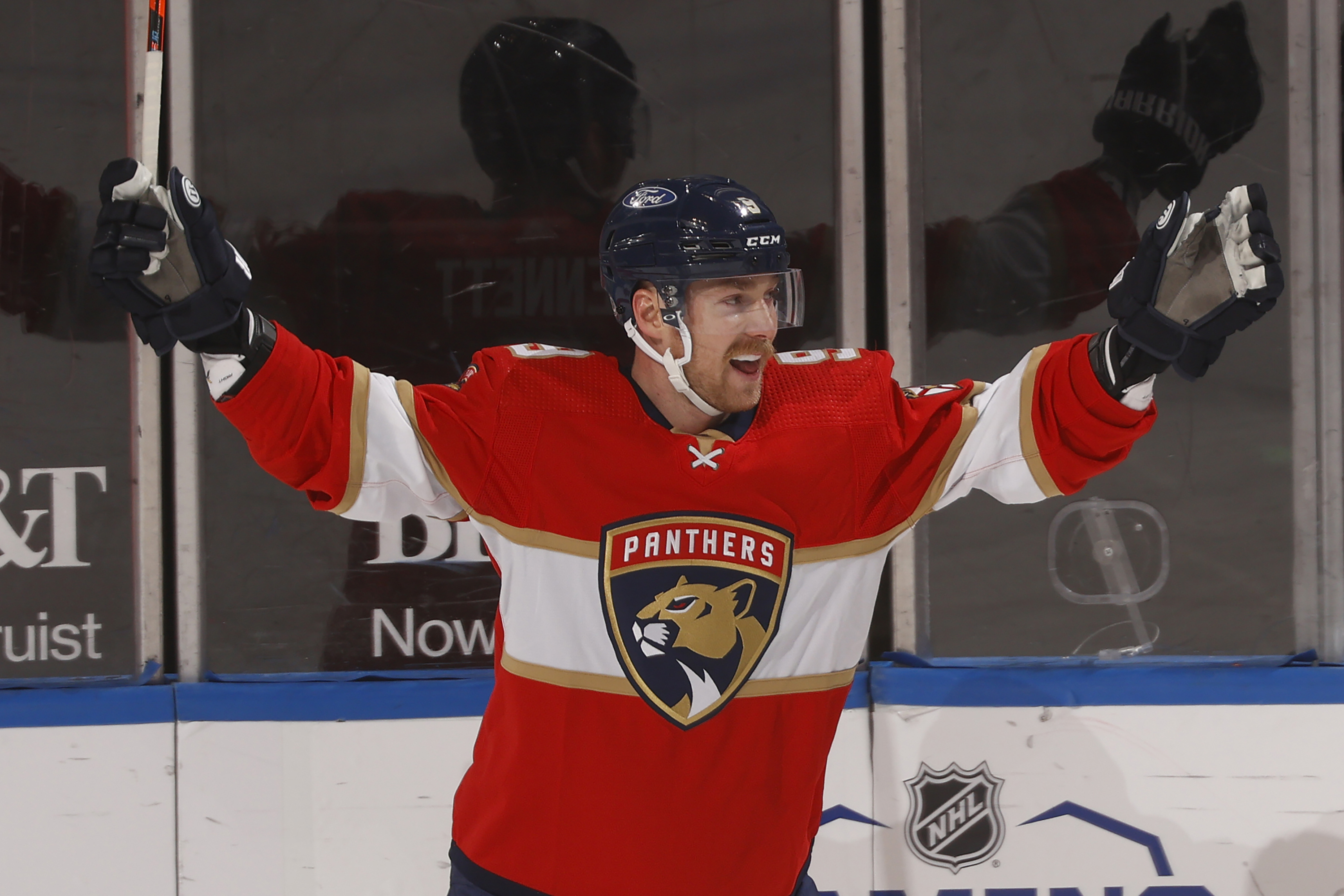 Sam Reinhart has been a crucial piece of the Panthers puzzle recently.

The beginning of this game started off with pressure from Florida who is the highest scoring team in the league. Off of a tip from Sam Reinhart, the Panthers scored only 3:46 into the game. It was a power play goal, Florida’s 51st of the year.

The second period continued on with good movement and cycling by the Maple Leafs. Auston Matthews looked good, but Mitch Marner really cranked up the heat with some good play making.

With only five minutes left in the period, Auston Matthews connected with William Nylander who scored on the power play, tying the game up at 1-1. That assist would give Matthews a point in 14 consecutive games, a career high. The game remained tied 1-1 after the first period, but the Panther’s carried a power play into the 2nd period.

The second is where this game really starts to heat up. Thirty seconds into the period, still on the power play, Florida gave up the puck in their offensive zone. Mitch Marner grabbed it, skated through the entire Panthers team, and finished with a beautiful breakaway dangle before scoring. The Leafs now had a 2-1 lead over their division foes thanks to a short-handed goal.

Mitch Marner celebrates his shorthanded goal with his teammates.

In the span of the next minute and 34 seconds, the Leafs scored two more goals, one by Mitch Marner on the power play and one by Colin Blackwell 5-on-5. That was Blackwell’s 10th goal of the year and his second since joining the Maple Leafs.

Jake Muzzin scored for Toronto 8:40 into the period as well, giving Toronto a 5-1 lead with about half the game already played. Florida looked down and out, despite putting up decent shots on Toronto’s netminder.

They continued to play hard though, not giving up despite the four goal lead. With eight minutes to play, Florida converted on the powerplay for the second time and cut the lead down to three. Still, the Panthers had a long way to go and a lot of work to do.

And they did the work. By the time the period had ended, Radko Gudas and Claude Giroux had scored for Florida, cutting the lead back down to one goal. The Panthers arena was shaking as fans screamed and yelled to support their team.

Jonathan Huberdeau is leading Florida to their best season ever.

Just like the first two periods, the third started off with a bang. Jonathan Huberdeau, the Panthers leading scorer, did what he did best on the Power Play and scored the game tying goal with 17 minutes to go in the game.

The Panthers had all the momentum at this point and continued pouring on shots. In fact, by the end of the game the Panthers had outshot the Maple Leafs 49-35. This proved important, especially on the powerplay, as the Panthers had six power play chances and converted on three of them.

About halfway through the period Aleksander Barkov scored his 34th goal of the year, giving Florida their first lead since the first period. Barkov received a pass from Huberdeau who secured his 101st point of the season with that assist.

It seems the game was all but over as Florida had completed the comeback and was controlling the game. However the Panthers gave away a power play late in the period and John Tavares scored his 25th goal of the year to tie it up.

The game would remain tied until the final buzzer, forcing this teams into overtime. I never complain about OT, because that means free hockey!

About halfway through the overtime period, the Panthers regrouped in their defensive zone. Aleksander Barkov did a give-and-go with Mackenzie Weegar that beat Matthews and Marner, leaving Barkov and Huberdeau 2-on-1 against the goalie. Barkov slid the pass across the net to Huberdeau who scored his 2nd goal of the night to give the Panthers a victory.

Huberdeau scored 5 points on the night, giving him 102 on the season. The Panthers have won 14 of their last 17 games, a very good sign heading into the playoffs for a team that hasn’t won a playoff series since 1996.