The NHL returns to action in just 10 days, starting the year with a doubleheader. First, the defending Stanley Cup champion Tampa Bay Lightning host the Pittsburgh Penguins at 7:30 PM Eastern to raise the banner. After that, the Vegas Golden Knights host the league’s newest club, the Seattle Kraken at 10:00 PM Eastern.

As we count down to the start of the season, here are the five things I’m most looking forward to this season.

Two weeks ago, I did a deep dive on how the 2021-22 NHL Rookie Class could be the best rookie class we’ve ever seen. Loaded with players who got experience during the regular season and playoffs last season (such as Trevor Zegras and Cole Caufield), along with a strong influx of European players (Moritz Seider, Lucas Raymond, and Anton Lundell all come to mind), this year’s rookie crop is going to be fun to watch.

Over the next few weeks, I’ll be writing prediction pieces for the major NHL awards, and though all should be fun and closely contested, I’ve got my eye on the Calder race more than any other.

Can the Kraken Replicate Vegas’ Success?

The Kraken went in a somewhat different direction than Vegas when selecting their team in the expansion draft, using analytics to drive their selections rather than either stockpiling draft picks and prospects to avoid certain selections or choosing to the run-up to the edge of the salary cap.

Their roster construction is a bit thin among the forward group, but the defense and goaltending are solid. Signing Philipp Grubauer in free agency was a great move, with Chris Driedger making up the second half of a solid tandem. Jaden Schwartz, another free agent signing, could jump into the mix as the leading scorer.

Keep an eye on Morgan Geekie, Mason Appleton, and Jared McCann as well. They’ll all be competing for minutes and should have a chip on their shoulder as castaways.

How High Will McDavid’s Point Total Get?

Last season, we saw Connor McDavid put up an astounding 105 points in 56 games. At that same pace over an 82-game season, McDavid would score 154 points. The last player to score that many points in a season were Mario Lemieux, who scored 161 points in 1992-93.

While 161 points are impressive regardless of era, teams in Lemieux’s era scored almost a full goal per game more than they do in the modern game, making McDavid’s pace even more amazing. Furthermore, McDavid turns 25 in January, which means he should just be entering the prime of his career.

The Oilers are desperate to get McDavid a Stanley Cup, but the team in place around him hasn’t been anywhere near good enough in recent years. If he’s as productive in 2021-22 as he was last season, a scoring title and at least one playoff series win should be in the cards. 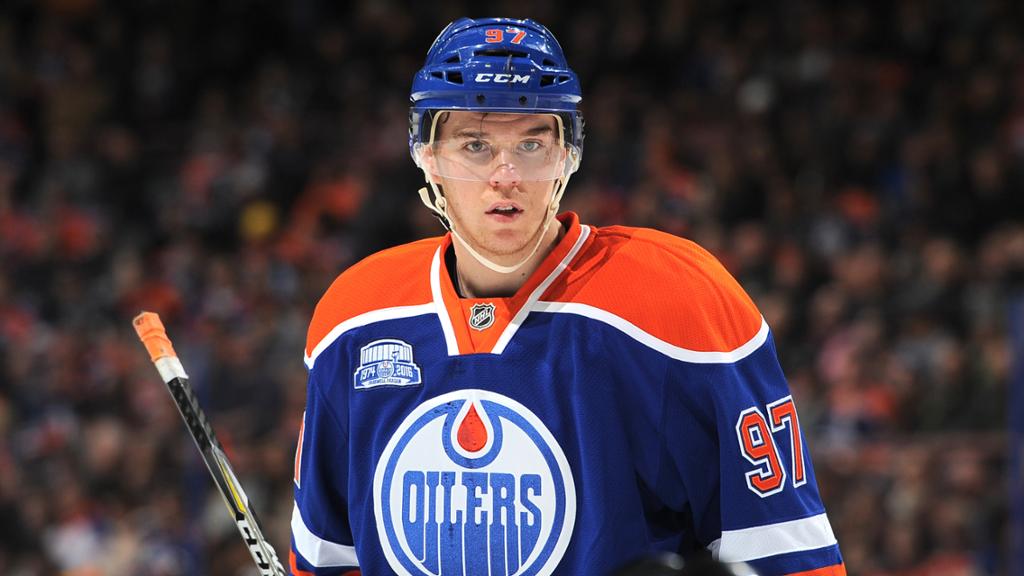 What Happens with Jack Eichel?

The Jack Eichel saga is a mess. Eichel wants out of Buffalo, having missed the playoffs each of the past 10 seasons and failing to put together any semblance of a roster capable of reaching the postseason. But it gets worse than that.

Eichel is in need of neck surgery, but he’s wanting a different procedure than what Buffalo wants him to have. The Sabres want Eichel to receive a disk fusion surgery, which involves removing a vertebra in his neck and fusing two other vertebrae to occupy the space of the removed disk. However, this comes with some risk, in that those who undergo a fusion procedure often need another surgery around 10 years after the original procedure.

Instead, Eichel wants to receive an artificial disk replacement, which hasn’t been performed on an NHL player before but has been performed worldwide for the last 20 years. There is also a much lower rate of patients who require additional surgery with the replacement.

Because of the stalemate over the medical procedure, Eichel is still dealing with the neck pain he’s experienced since suffering a herniated disk in March. Unable to practice or play with the team, Buffalo has also stripped Eichel of captaincy. The toxic situation continues to get worse and is showing no signs of resolution any time soon.

Coaches on the Hot Seat

Before diving into this section, I want to clarify that I don’t like calling for coaches to lose their jobs. I’m not rooting for anyone to be fired, but I’m also completely aware that the NHL is a results-driven lead, and coaches who don’t put a winning team on the ice tend to lose their positions in a hurry.

Dallas Eakins is running out of time to turn things around in Anaheim. He took over head coaching duties in 2019, but with a 46-63-16 record as the Ducks’ bench boss, Eakins could be in trouble, especially if youngsters like Trevor Zegras and Jamie Drysdale don’t show significant growth.

Vancouver coach Travis Green could be in trouble as well. The Canucks have missed the playoffs in three of Green’s four seasons at the helm, and especially in the North Division last year, underperforming as much as Vancouver did (finishing last in the Division after making the second round of the Western Conference playoffs the year before), Green could be on his way out the door.

Jeff Blashill has been the man Detroit trusts to help rebuild the Red Wings. However, as GM Steve Yzerman continues to steer the franchise towards playoff contention, Blashill has posted a 172-221-62 record during his tenure. Detroit is still at least two years out from returning to the postseason, but the Red Wings must be more competitive this year if Blashill is going to stick around that long.