The Washington Capitals and Toronto Maple Leafs will faceoff in an important matchup of Eastern conference playoff teams on Tuesday night. Toronto is currently sitting with 100 points in second place in the Atlantic division. They are four points ahead of Tampa Bay and are lined up to face the Lightning in the first round of the playoffs.

Washington is on a great streak right now, winning four straight games and 13 of their last 18. The Capitals have outscored their opponents 23-10 in their last four games and have gotten more consistent goaltending out of Vitek Vanecek and Ilya Samsonov.

I’ll take a look at both teams, analyze the matchups, and give you the best bets and predictions for this game. The betting lines are -170 for Toronto and +150 for Washington.

Toronto has the longest Stanley Cup drought in the NHl, and haven’t won a cup since 1967. They’ve made the playoffs five times in the last ten years, but have not won a playoff series since all the way back in 2004. The last time the Maple Leafs won a playoff series, Auston Matthews was six years old. 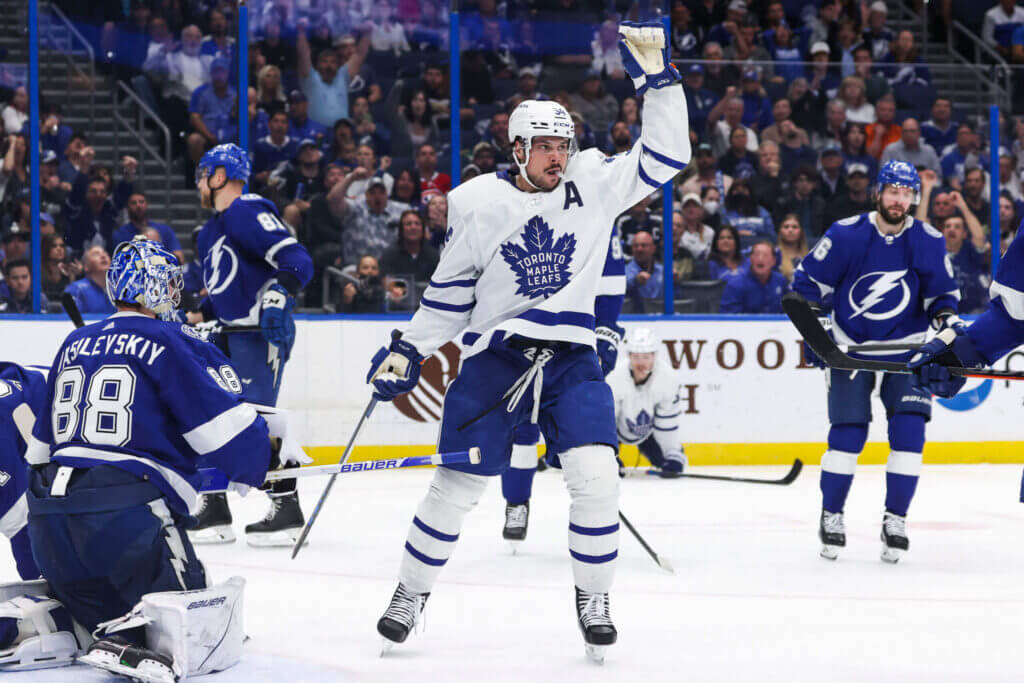 Auston Matthews is having a record season in Toronto.

That being said, the Leafs are built for success this year. I’m not saying they’re going to win the Cup, or even make it to the cup, but I think they are poised to win their first round matchup. For now, they’ll have to focus on beating the Capitals in Toronto. This game is one of nine remaining on Toronto’s difficult schedule.

The Leafs will have to face Washington twice and Boston, Florida, and Tampa Bay, one time each before ending their regular season. Games like these are vital, not just for the end of season standings, but for a team’s confidence heading into the playoffs.

Washington wants out of the wild card

The Capitals have had quite an interesting season. For the first three months, most expected them to be competing for the top spot in the Metropolitan division. After all, they have won 5/7 division titles, including five straight. 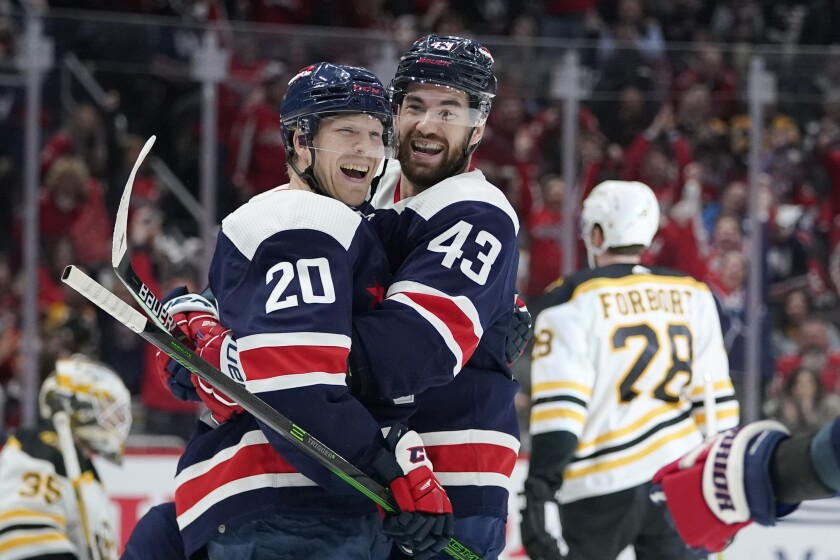 The Capitals recent surge has included victories over Pittsburgh, Tampa Bay, and Boston… All teams above them in the Eastern Conference standings.

Unfortunately for Washington, January and February were not kind. The boys from D.C. went an abysmal 8-14 in those two months, and looked like they might even slip out of the playoffs. Since March 1st, the Capitals are 13-5 and have looked much more put together. Some attribute this to a players only meeting after a 5-1 loss to Minnesota.

Washington has a relatively easy schedule remaining, apart from games with Toronto and Colorado, and are chasing the Penguins for the third spot in the Metro division. The Capitals would much rather face the Rangers in the first round than the Panthers.

This should be a fairly close game as Washington is phenomenal on the road and Toronto is trying to avenge a 5-2 home loss to the Sabres on tuesday. Toronto is the slight favorite at -170, and Washington comes back at +150. This game is going to be a close battle, so I’ll take the best road team in the NHL on a four game winning streak.

The over/under for this game is set at 6.5 goals due to the high scoring nature of these teams. I expect Washington to win a tight game and finish with an empty netter.

My Prediction: Washington wins 4-2 after an empty net goal from Alex Ovechkin