The Red Devils were able to draw the Premier League leaders on Sunday with a 1-1 draw. After scoring his first goal for Manchester United against Watford a couple of weekends ago, Jadon Sancho netted his second in two games on Sunday.

One of Manchester United’s only chances of the game came on a mistake by Chelsea off a clearance from Bruno Fernandes. Jadon Sancho took advantage of the mistake by Jorginho by taking it himself to score against goalkeeper Edouard Mendy.

Chelsea was awarded a penalty in the 61st minute and Jorginho was able to level the score. De Gea was able to make some crucial saves in a game where Chelsea dominated the Red Devils by outshooting them and having corners. 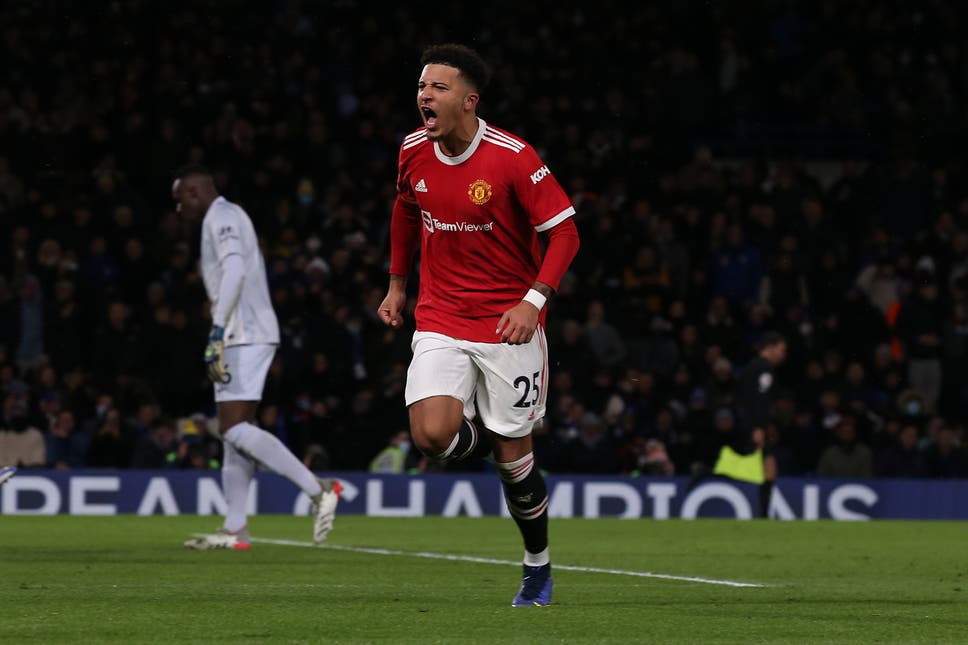 The best performances of the draw came from goalkeeper David De Gea, Jadon Sancho, and Eric Bailly. De Gea put together some great saves from Hudson-Odoi, Rudiger, and other Chelsea players throughout. Without the performance by the Spanish goalkeeper, United would’ve dropped another game.

Jadon Sancho has looked to be more comfortable in his role since the departure of Ole Solskjaer. Carrick is giving him more opportunities to build on his confidence and success in recent matches as he has scored his first two goals for United. Continuing to utilize his talent will be crucial to keep United in the driver’s seat.

Eric Bailly was coming off some horrible appearances as he is filling in for Harry Maguire and Raphael Varane. He was solid with his play and had very few mistakes that led to major chances for Chelsea. Building a more competitive backline will help Manchester United create some friendly competition for playing time.

Ronaldo started on the bench for the first time in his Manchester United career. It is understood that Carrick is trying some new things out, but this is not the move that Manchester United needs. Ronaldo has been the saving grace for the Red Devils and he can not get involved enough in the game if he is coming off the bench.

United are moving on from Carrick and have appointed the German, Ralf Rangnick, as the interim manager that will take over duties until at least the end of the season. He is known for his ability to keep his team organized and pressing high. This should be great for a United time that has struggled at times to press the opposition as a unit.

Manchester United will face Arsenal in their next Premier League matchup on Thursday at 3:15 pm EST at Old Trafford. They will have a second Premier League game this weekend at home against Crystal Palace on Sunday at 9 am EST.