While possessing players with unbelievable talent, the football world also hosts its fair share of geniuses, comedians, and people that I would love to provide dinner for.

While being a college student who can’t cook, I would only be able to cook for five. I must select wisely, considering a perfect mix of youth, wisdom, and farce. I have decided to go with four players (three present, one past) and one manager.

Starting with the manager, I will need to invite someone that will be patient and constructive about my cooking skills rather than bring me down for a poor performance in the kitchen. I can rule out Jose Mourinho and Thomas Tuchel, as I’m looking for a manager with a less intense style.

Antonio Conte is not a possibility either, as I will be providing my guests with ketchup. Here, the obvious choice for me is Super Frank, who I will be criticized for inviting out of pity; however, I believe no man is better for the job.

The Chelsea legend and current Everton manager will continuously praise me for my main course; however, his mood will suddenly plummet when dessert rolls around. He’ll tell a funny yet slightly corny food joke along the lines of, “how fast is milk? It’s pasteurized before you know it!” Then a wave of seriousness will overtake him, and he’ll remind himself, “no, but seriously we might be going down.”

Frank, chill, sit back, relax, and enjoy my brilliant cooking.

Next, I’m looking for a retired legend of the game who can provide the table with words of wisdom and stories to keep everyone in their seats until dessert.

He’s vegan, which will be one more factor in the selection of my courses.

To spice things up at the table, I’m going with Graham Souness, who I will threaten to kick out if he criticizes my cooking and table setup. With one less person able to argue with, Souness will have to at it with the young lads and Super Frank.

It would be blasphemous to invite Souness and not Paul Pogba from an entertainment standpoint, so the 2018 World Cup winner will be in attendance if he shows up. My instigating skills will need to be as dangerous as Luis Suarez’s on this big night.

“Hey, Paul? New hairstyle?” This is simply all I will need to say to get the ball rolling, and Souness will immediately get on Pogba’s case for his flashy eating style. Souness will repeatedly question me for inviting Paul and will continuously ask the table if the Frenchman has done enough to earn himself a position at the table.

Graham, he’s a class player and the only World Cup winner here. Hush. 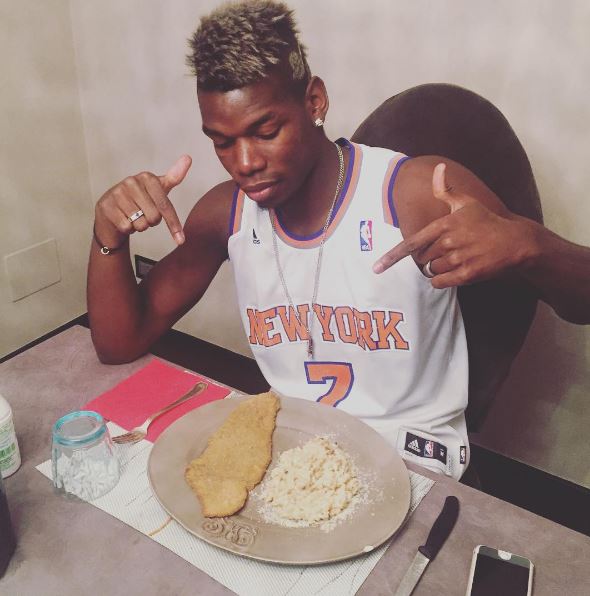 Joining Pogba as an outspoken and slightly controversial figure in the game will be none other than my childhood hero, Gareth Bale. I know I can count on the Welshman to deliver in this high pressured environment.

I know I’ll be able to hang out with him the next day after he skips Madrid practice, and I’ll have golf playing on the TV and Wii Sports golf available for Gareth if he gets bored.

Last but certainly not least, I will need someone near my age at the dinner party to sneak off with to play Fifa, so Erling Haaland will round out the seating.

This exciting young player who also has the ability to make people laugh will be an excellent addition to the table. It’s going to be difficult to keep Erling out of the champagne cabinet!

The seating chart is also critical, as two people will need to sit in the middle of the table and connect discussion between everyone.

Being the humble person I am, I will sacrifice my position in the middle for Graham Souness, a man that will start debates and scold Bale and Pogba for their off-the-field antics.

Gareth Bale will sit across from him in the middle to instigate conflict and share his failed dream of becoming a professional golfer.

I will sit on the right, next to Gareth, and across from Paul Pogba, because why would I not want to sharpen up my French. I’m also in need of a haircut, so Pogba will be able to give me advice from his unbelievable experience in that field.

Haaland will sit across from Lampard, as I don’t really want to talk to him that badly and have plans to play FIFA with Erling later.

We’re in for a lovely night!