Ole Gunnar Solskjaer’s sad era in Manchester United ended. The Red Devils were happy to acquire their former legend back in 2018, and in the beginning, it seemed as if he might bring back the fallen giant to the top of English and continental soccer.

In the end, Solskjaer will be remembered as just another bust who tried to replace Sir Alex Ferguson. We can’t defend Ole in any possible way, because he had pretty much everything at his disposal during the stay at Old Trafford, yet simply he couldn’t match the expectations.

The Red Devils sacked Ole and brought in Ralf Rangnick, the German mastermind who, according to Jurgen Klopp’s words, is the best German coach. Liverpool’s boss immediately stated that Rangnick’s arrival from Lokomotiv Moscow (where he held the position of the head of sports and development) is bad news for other clubs.

Even though he doesn’t have a flashy background and trophies, Rangnick is considered one of the best persons in the soccer world when it comes to creating the system in the club. He did that with RB Leipzig, developing once a lower-tier club into one of the best and most profitable in Europe.

It seems that United lacked a system and hierarchy in the organization. We haven’t seen the Red Devils make a respectable player from the youth category in years, and the only one from the academy worth mentioning is Marcus Rashford. But even he isn’t world-class caliber, with all due respect towards him and his performances.

Rangnick will probably have wider authority than his predecessors, meaning that he might be responsible for all the soccer departments, like he did in Leipzig or Locomotiv. It is the only chance for United to synchronize the academy and the first team and save some money after years of questionable spending. 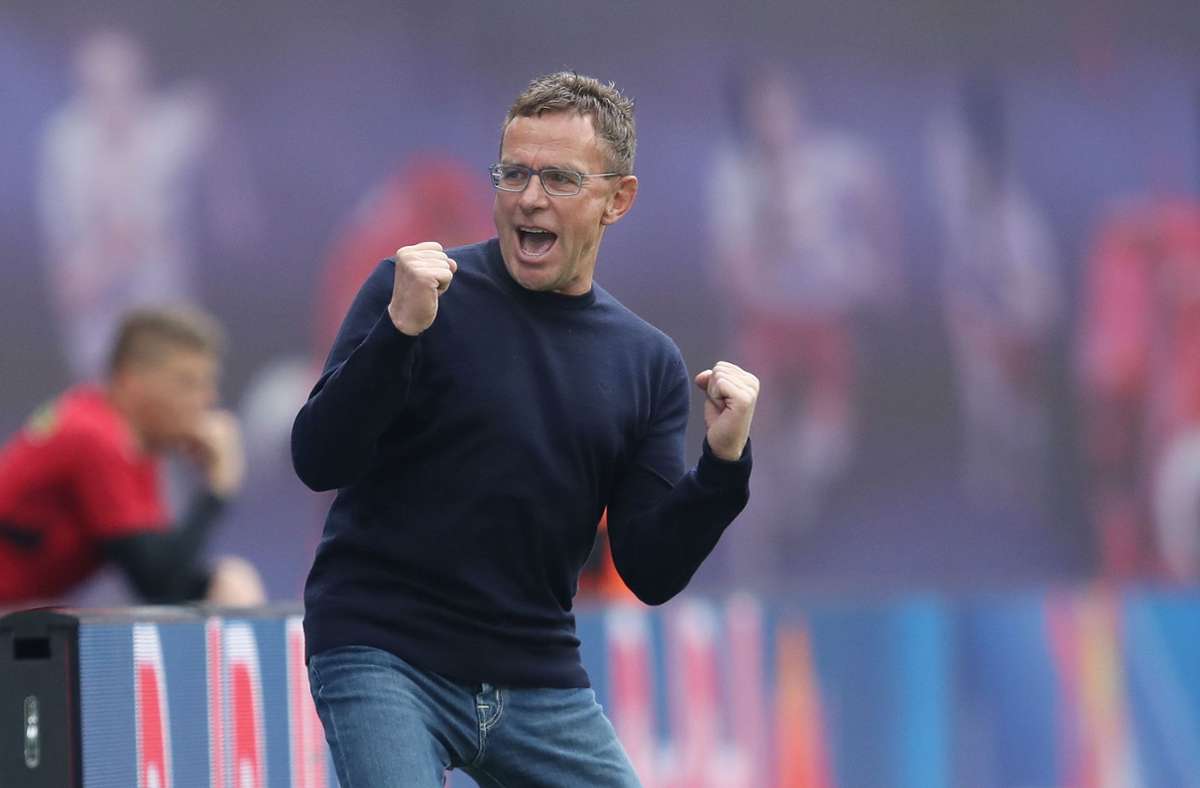 Regarding the senior squad, there is a lot of potentials, but the locker room is in devastating condition. The morale is low, the relationship between the players isn’t that great, and some of them want to get out as soon as possible.

Rangnick is an offensive-minded manager, and we’ll see how the players react to a complete change of tactics and approach. Ole didn’t like to attack and pressure the rivals, which was his biggest weakness.

United’s roster is filled with creative forwards and players who have offensive characteristics. We strongly believe that Rangnick’s philosophy would suit them well.

We can’t guarantee that the Red Devils will start winning in series and make some notable results, but they will be fun to watch. Expect to see a lot of goals, with a fast pace in the midfield, and constant attack. That is the German soccer school and as well see the majority of the managers from this country prefer to play like that – Klopp, Flick, Nagelsmann, etc.

One more thing. Even though many say that Rangnick is an interim manager, that won’t be the case. He left a very lucrative deal in Moscow, where his role was far bigger than managerial, which implies that he comes to England to stay.