Ronaldo is the Hero Again Against Atalanta The Red Devils came back from a 2-0 deficit to beat Atalanta 3-2 to take the lead in the group for Champions League play. Ronaldo was the hero to put in the third goal for Manchester United who saved Ole Solskjaer from defeat once again.

United lead Group F with six points on two wins and one loss. Atalanta is tied in second with Villareal with four points on one win, one loss, and one tie.

Atalanta scored two quick goals within the first thirty minutes of the game and caught Manchester United off guard with the counterattack. It didn’t look good for the Red Devils going into halftime.

Manchester United, fueled by the home fans, came out firing on all cylinders in the second half. Marcus Rachford, who got his first start since coming back from injury, was able to get a goal to put United on the front foot.

Harry Macguire followed this effort with a goal of his own off of a cross. United equalized the score in the 75th minute and had all of the momenta behind them. It was set up for the Portuguese striker to finish the comeback.

Cristiano Ronaldo answered the call in the 81st minute by finishing nicely with a header off of a cross from Luke Shaw. The Old Trafford fans erupted with excitement as Ronaldo ran to the corner flag with an iconic knee slide. 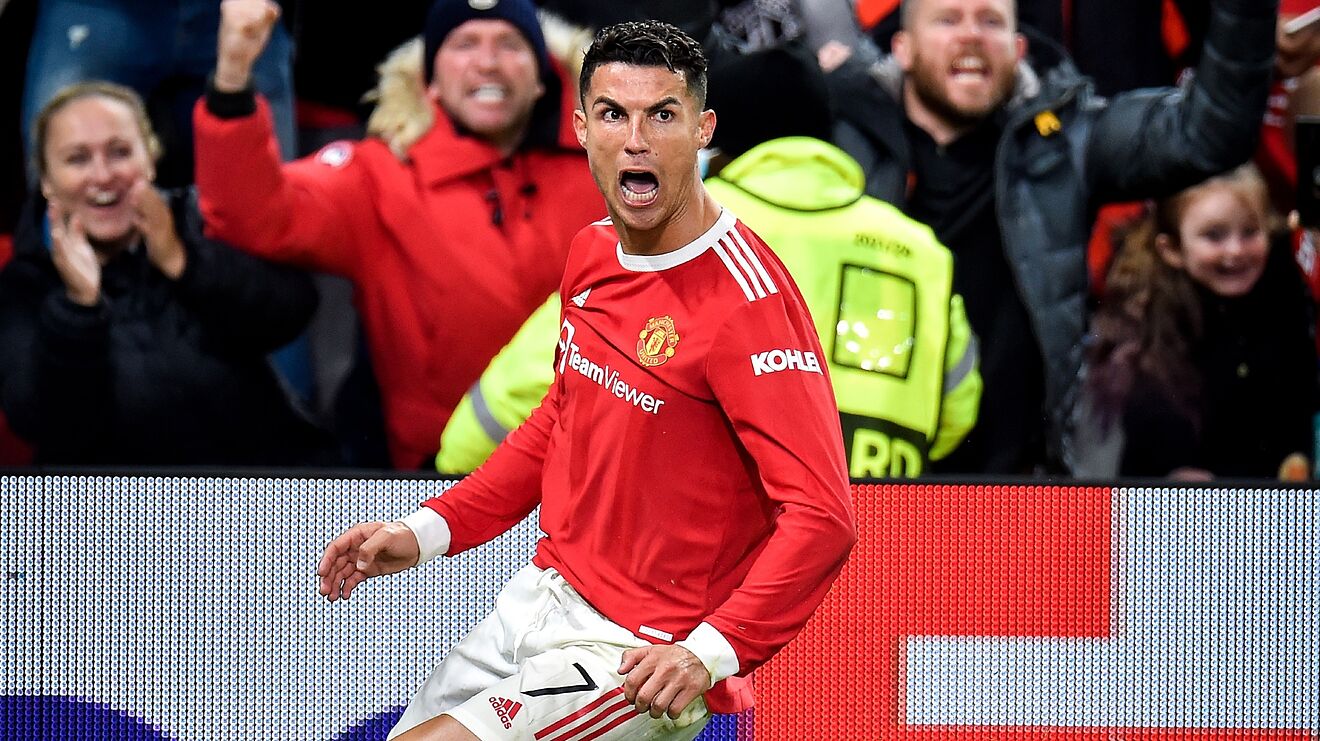 What This Means for United

Ole Solskjaer lives to see another day as the manager of Manchester United. His job was rumored to be on the line before this game and a negative result wouldn’t have helped his cause. In his defense, he had handled the criticism well and continued to do his job for Manchester United.

It might just be me, but it looked like this United team had turned the page when they stepped on the field in the second half. This is the Manchester United team that their fans have been waiting to see.

The true test will be on Sunday against Liverpool in a Premier League match that Manchester United needs to win to get themselves back in the conversation for the title. I expect United to be in good form in that game as they have been against Liverpool in the past year.

Next Up For United

Manchester United will play at Old Trafford against Liverpool on Sunday at 11:30 am EST. Liverpool is only one point below Chelsea for the lead in the Premier League with 18 points. United have fallen to sixth place with 14 points. A win in this matchup would be a big step to getting them back into contention.

The Champions League will not return until the first week of November when the Red Devils travel to face Atalanta.