The UEFA Champions League Final: Which Blue Will Reign?

After an exhilarating series of matches, we have reached the UEFA Champions League Finals Tournament: Chelsea vs. Manchester City. Two of the top English Premier League teams will face off on May 29th in Istanbul.

Which “Blue” team from the English Premier League will reign supreme in the 2021 UEFA Champions League Tournament?

When comparing both teams based on this year’s UCL matches, Manchester City has only the slightest edge on Chelsea, having scored 25 goals throughout the tournament to Chelsea’s 22. Both teams have only allowed an impressive 4 goals so far.

Thomas Tuchel’s Blues have seen a major improvement in operations and, better yet, wins. He’s been favoring an effective 3-4-2-1 formation, experimenting with players between the back line and midfield. Tuchel is the first manager to take two different clubs to the UCL final back-to-back years (last year being with PSG).

Pep Guardiola’s Citizens team has gone undefeated in the tournament and hopes to keep it that way. The forwards and midfield have been the pacemakers for the team; 5 of them have scored 3+ goals. They have attempted 25 more shots than Chelsea in the tournament. 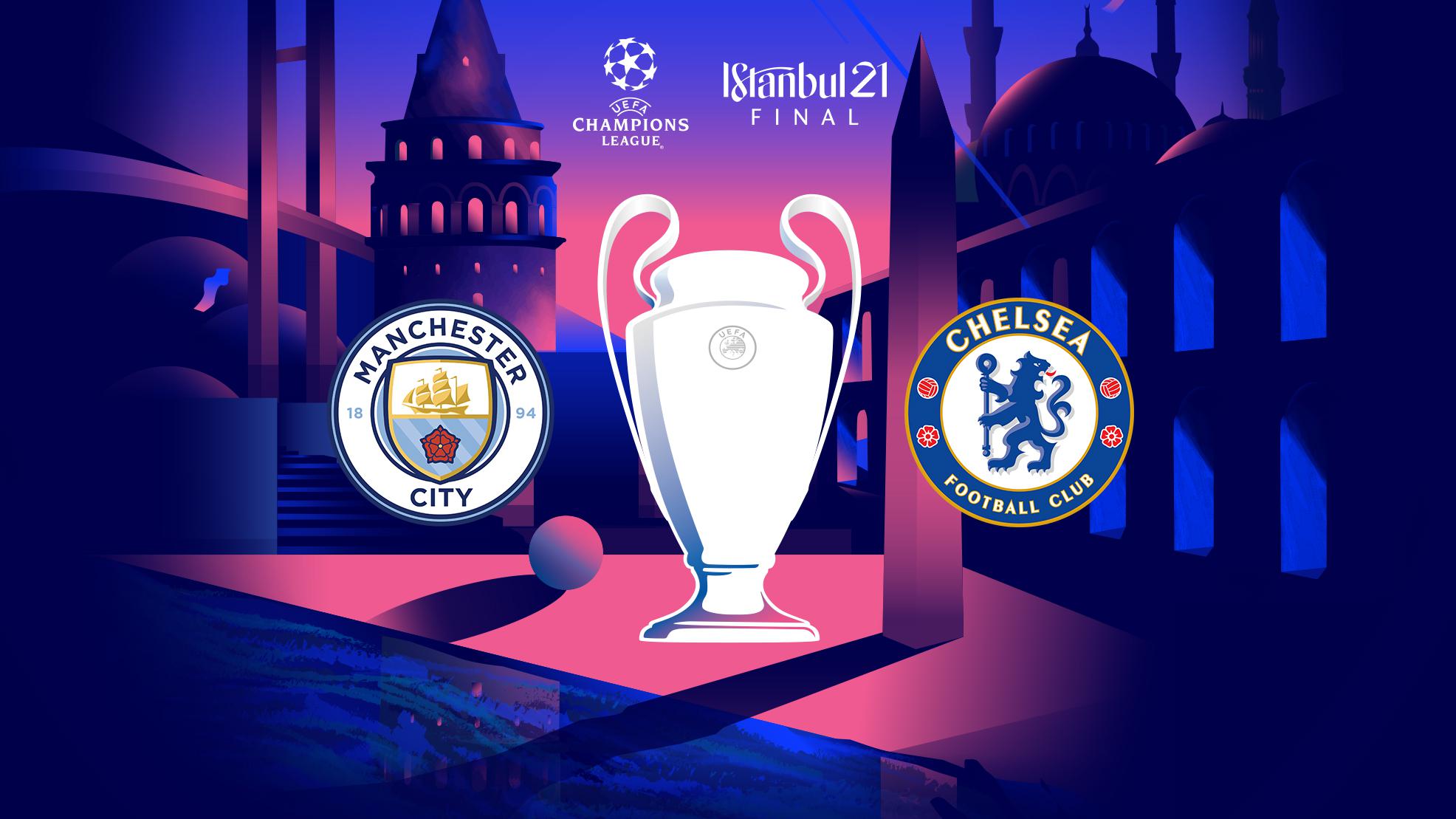 N’Golo Kanté: Under former coach Frank Lampard, it seemed as though Kanté’s glory days with Chelsea were coming to an end. Since Tuchel’s signing with the club, however, the starting CDM has received nothing but praise and growth as a leader of the team’s midfield. His passing during the UCL has been exceptional (340/394 pass accuracy), he has 5 balls recovered and 1 assist.

Oliver Giroud: The veteran forward leads the club in scoring for their UCL campaign with a superb 6 goals made in 10 shot attempts.

Edouard Mendy: Chelsea’s new star keeper has made 33 saves in the UCL with 8 clean sheets and only 3 goals allowed in 11 matches played.

Kevin DeBruyne: The team captain’s aggressiveness on both sides of the ball has been clinical. Of his 7 appearances in the UCL this year, he has made 3 goals and racked up a notable 4 assists. His passing has been solid, going 347/430 in pass accuracy. On defense, he has 22 balls recovered and 5 tackles.

Riyad Mahrez: Mahrez’s performance throughout the UCL has been outstanding. He’s scored 4 goals and made 2 assists in his 11 matches. The midfielder has maintained consistent passing with an 82% pass accuracy.

Ferrán Torres: The winger has put up 4 goals in only 6 appearances. Torres has been making a point on defense as well, with 2 tackles and 6 balls recovered.

The last time these two clubs played each other, Chelsea slipped by with a second-half comeback. This only stalled Manchester’s City’s seemingly inevitable claim to the 2020-21 English Premier League title. Nonetheless, City was not too happy with their second-half performance and Sergio Agüero’s questionable Penenka attempt (which would have put them up by a potentially demoralizing 2 goals at halftime).

Chelsea also walked away with a 1-0 win when the two matched up for the FA Cup semi-finals in mid-April. However, it is not likely that either of those games will affect Manchester City being favored to win their first Champions League title.

Most feel that this is City’s game to lose, with their first title at stake and a call to redeem their last two Chelsea losses. Though, after watching Tuchel turn underdogs into contenders, I am convinced this game will come down to the wire.

If there’s one thing that’s for sure, this year’s edition of the UEFA Champions League Tournament is worth watching from the beginning of the season, till the closing ceremonies. And I think that the game itself would be a perfect game for non-soccer fans to try watching the world’s most popular sport.