The recent takeover in Newcastle, where the Saudi Public Investment Fund bought 80% of the team’s shares from the controversial American owner Mike Ashley, created a lot of buzz in the soccer community.

Apparently, the person behind all this is Saudi Crown Prince, Mohammed Bin Salman, whose worth is roughly estimated to be $370 billion. Now, $300 million for him is like a few bucks for us, and the future investments in the club are something that he won’t feel at all.

Everyone expects to see Newcastle evolving into a mutant that will dethrone Manchester City, Liverpool, and the rest of the EPL powerhouses. The winter transfer window will be very interesting to see, and just imagine what will happen during next summer.

But can Newcastle establish itself as the dominant powerhouse in England? Are there enough resources for that?

The team has a rich tradition, being established back in 1892. They have several trophies, but the last one was in 1968 – the Inter-Cities Fairs Cup. The previous domestic silverware won was in 1955, the FA Cup.

Their fans are one of the most loyal in the country, and the whole region surrounding Newcastle is tied with the Magpies. Apart from those who support the local rivals, Sunderland, but they are a minority. You won’t find too many people cheering for other teams in this part of England, which is a big plus compared to other cities.

With the arrival of cash from the Middle East, the Magpies will be financially superior to all other clubs, and don’t be fooled that the Financial Fair Play will manage to prevent that from happening. We saw how that worked in the past. 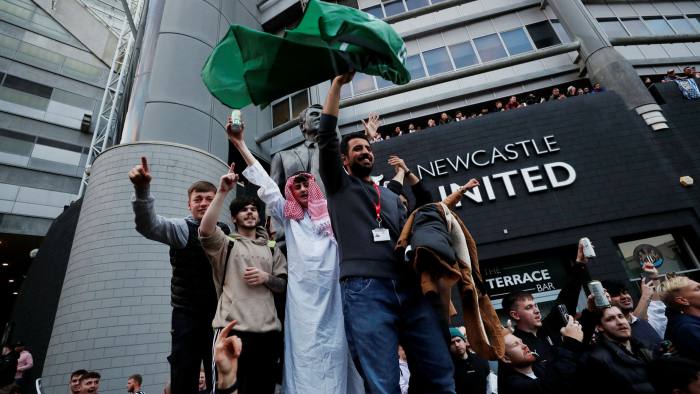 Now, when looking at all this, we can conclude that nothing will stop Newcastle from becoming another Manchester City or Chelsea.

But is there more to it, some negative aspects?

Of course, there are.

The controversial background of the Saudi Arabian Prince, who was in the middle of several scandals, already stopped the takeover once. His reputation is way too negative at the moment, especially in the Western media.

This might be a problem for the team, especially if the public turns against them, which will happen at some point once Newcastle starts buying everything on the market.

One more factor that might be ridiculous for some, but has a big influence is the weather. Newcastle is up north, and the climate there is much more hostile than in other parts of England. Faustino Asprilla, the former superstar of the Magpies from the 90s, explained that on several occasions, saying that he never really accustomed well to those circumstances.

Some players do love money, but others love cozy and comfortable life as well. Newcastle is a bit isolated, which might be a problem.

All in all, the situation is not as simple as many think. Even though Newcastle has money like no team before in history, they might not get the return from the investment as planned in the first place.

Are we right? Time will tell.