When you’re deciding which cereal to grab from the grocery store, how do you decide? The one with the most sugar? The best taste? Do you only accept cereals with marshmallows in them? Or perhaps Leslie David Baker has you wanting Honey Nut Cheerios. Or you want to be a sports star, so you pick Frosted Flakes. Everybody has their methods.

Inspired by a piece written by Megan O’Brien of The Post Game four years ago, this article will comprise several of the cereals that athletes have been named after. And they will be ranked based on creativity in titles. Having just purchased two boxes of Tyler Herro’s, called HerrO’s Froot Hoops, the timing was just too perfect.

The first cereal worthy of mention belongs to Justin Verlander. The name that was decided upon was Fastball Flakes, paying homage to one of the best pitches in the future Hall-of-Famer’s arsenal. And it did appear that the cereal was as popular as Verlander himself was. It turns out that when a popular athlete gives it a try, it will perform well.

Within the first three-and-a-half months of being made available, Fastball Flakes had sold over 110,000 boxes, a pretty remarkable figure. People wanted to do anything they could to be more like the Detroit Tigers ace.

Every athlete who gets into the cereal business does so to help the less fortunate in mind. Verlander’s proceeds benefitted John D Dingell VA Medical Center and Ann Arbor’s VA Healthcare System. Each twin-box had initially sold for $10 online and retailed for $3.49. 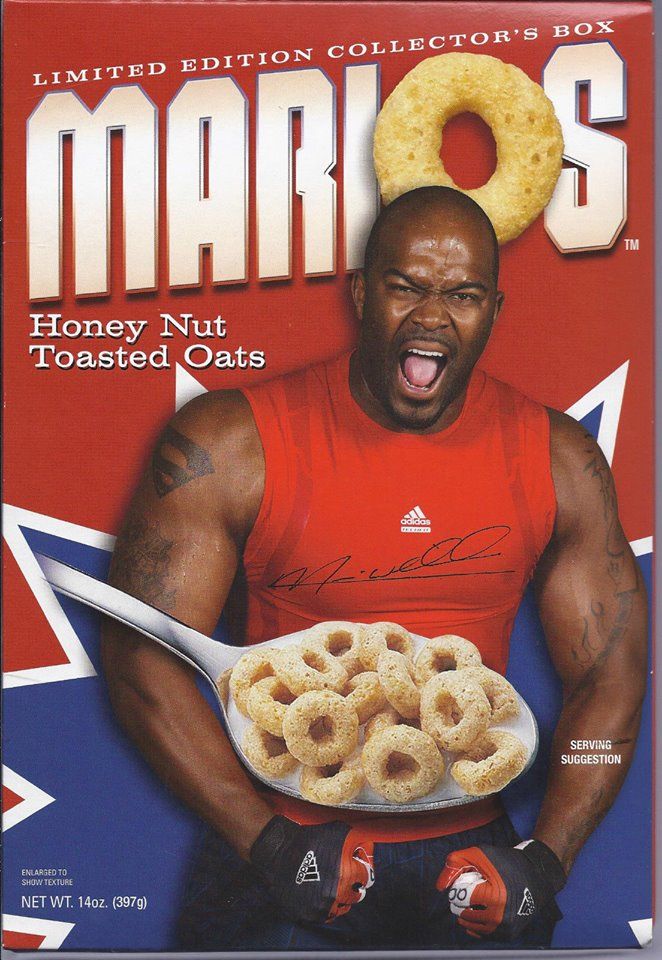 Next on the list is Mario Williams. After signing a 6-year, $100 million-dollar deal with the Bills, the star defensive end wanted to launch the cereal with the sole purpose of helping those in need around him. And so, MariO’s were born. A great name. He was using his own name to make it happen.

All of the proceeds from the cereal went to Carly’s Club, a Buffalo charity that supports children with cancer and their families.

Williams is one of many Buffalo Bills to have their own cereal, joining Terrell Owens, who did it a few years earlier, and Doug Flutie. Josh Allen has done one since entering the league as well. Keep reading to find out of Allen makes the cut. Without knowing anything about Rob Gronkowski’s cereal, eating it just seems to be a no-brainer. If he can spike the football every time he scores, then anybody that takes a bite of Gronk Flakes should be able to feel just as hyped up. Right? Maybe it’s just me.

Rob’s father, Gordy, initially proposed the idea for the cereal, who wanted to use all three Gronkowski brothers on a product. And 1.5 years later, when Rob was a star tight-end in New England, he got the solo opportunity, as warranted.

The first trial featured close to 65,000 boxes, selling at $3.99 each. This was back in 2012, right after Verlander’s Fastball Flakes had done extremely well.

The cereal was available at Stop & Shop’s all throughout New England, with proceeds going toward the Gronk National Youth Foundation. It started to help youth stay actively involved in school and sports and provide children with the necessary tools to live a happy and successful life, per an excerpt from O’Brien’s initial piece on the cereals and the website. 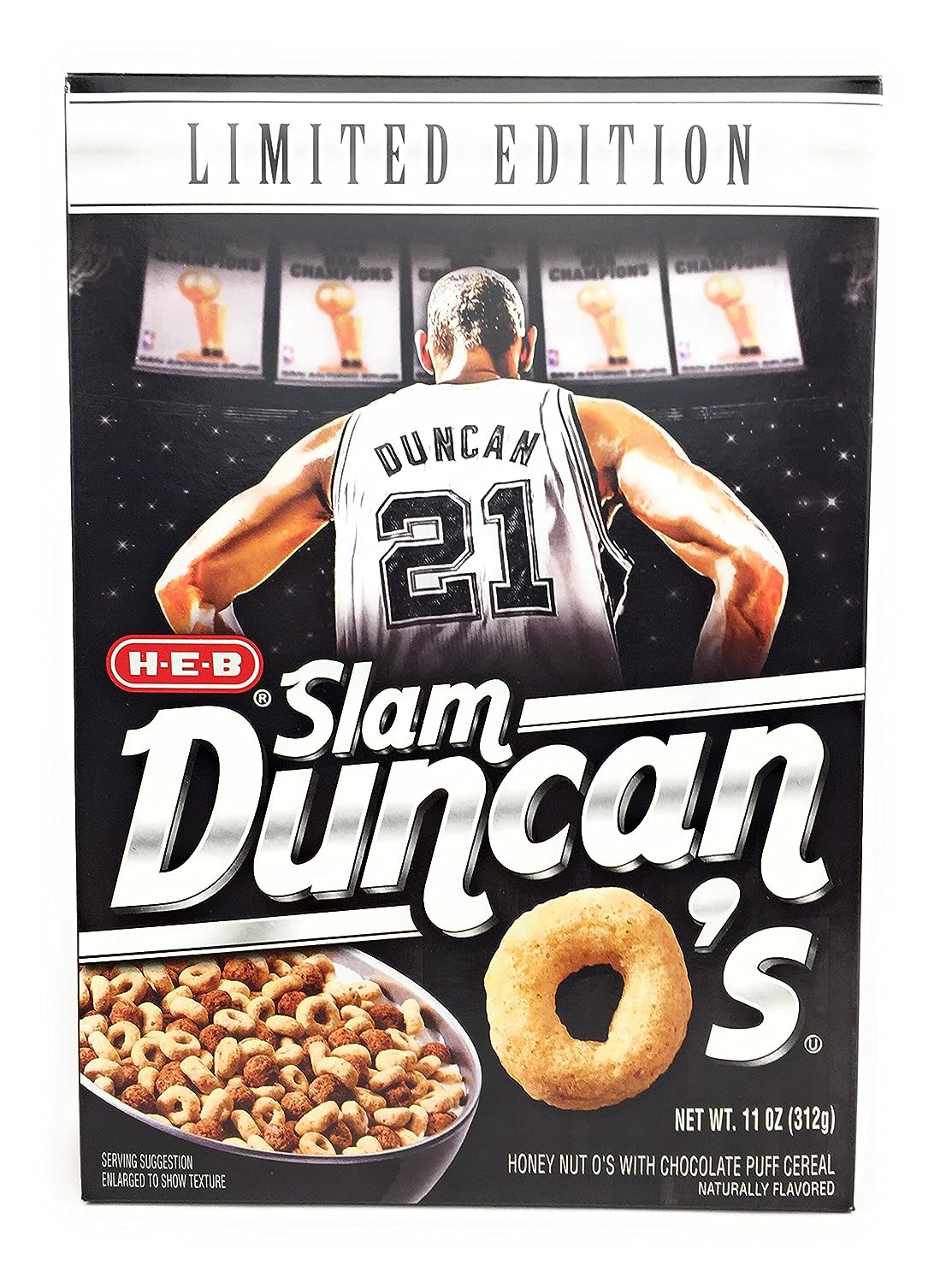 If there’s a Tim Duncan product, it should probably be purchased with no questions asked. It would not be surprising if HEB made millions off the commercials with Duncan and the other Spurs players over the years. You can see the full list of them by clicking here.

This wasn’t Tim Duncan’s first cereal rodeo. He released Slam Duncan’s back in 2001, but this venture was more promising. He had recently retired, so why not find a way to give back now that he’s out of the spotlight? The name itself is absolutely fantastic, which earns it a second-place ranking.

The cereal featured chocolatey basketballs in the shape mix, so that is another win. The fact that it was done with HEB meant a slick commercial would follow the release. And it did not disappoint.

Some of the proceeds from the cereal went to the Tim Duncan Foundation. Like everything Tim Duncan does, it was perfect. 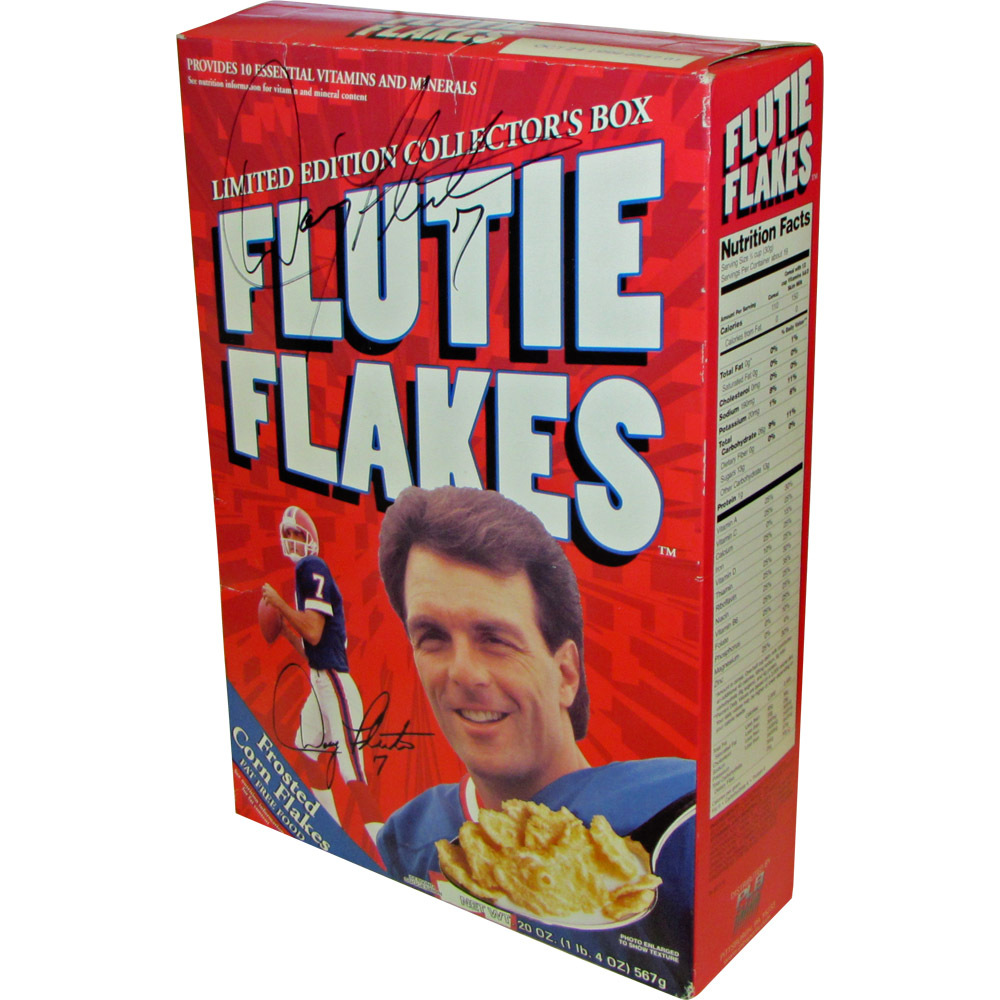 This was never in doubt. Doug Flutie’s cereal features fantastic use of alliteration, was available for sale for four years and grossed over $2 million in sales. Those three factors make it impossible to be beaten. Heck, the cereal was even featured in an episode of Everybody Loves Raymond.

And get this: Flutie Flakes made a comeback in December of 2019, with proceeds going to the Doug Flutie Jr. Foundation for Autism. They also did a tenth-anniversary box.

The name is absolutely perfect. The media ate it up. So did people nationwide. Literally. $2.3 million in sales over a three-year period for a cereal named after an athlete? Absolutely perfect.

The five cereals mentioned above all deserved the opportunity to be on the list because of their catchiness. But that doesn’t mean there were snubs.

You can find Josh Allen’s cereal, Josh’s Jaqs on this site if you’d like to purchase them.

The biggest snub from the list was Randy Moss’s cereal, which launched after his incredible rookie season in Minnesota in the late-90’s. Moss’ Magic Crunch. If you’re looking to spend top-dollar on a box, click this link to quell your need.

The purpose of this article was not to get you to spend all your hard-earned dollars on breakfast cereals. If you choose to do that, though, you cannot blame me. Happy spending, wink wink. Why Sports Helped Heal the Nation in 2020