The Ultimate Fighting Championship has another explosive main card event heading your way with UFC 265. Betting opportunities will definitely be available, especially with the importance of the main event.

UFC 265 features top heavyweight contenders, as second-ranked Derrick Lewis and third-ranked Ciryl Gane face each other for the UFC Interim Heavyweight Championship of the World. Both fighters bring forth heavy-hitting and brutal knockout power.

Gane first joined the UFC at 3-0 in his professional career and has won six straight bouts under the banner. He seems unstoppable, but he has his toughest opponent to date in the main event.

Lewis has an incredible one-punch knockout that has taken care of many UFC fighters. With 20 knockouts so far, fans expect him to continue these numbers.

This was also the case in Lewis’ most recent victory against Curtis Blaydes. True fans would have picked him, but the market had him at a whopping +300 on average for the “underdog” in that fight. Once again, the deadly one-punch knockout served him well. 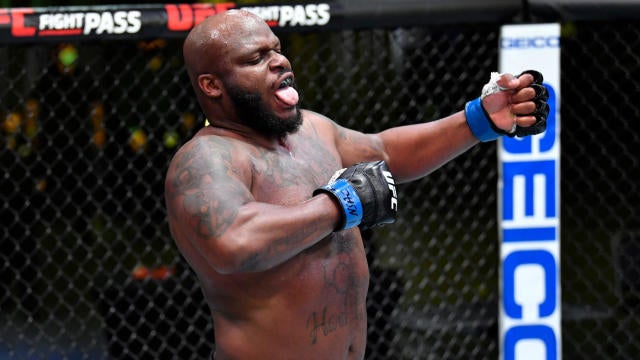 UFC 265 features top heavyweight contenders, as second-ranked Derrick Lewis and third-ranked Ciryl Gane face each other for the UFC Interim Heavyweight Championship of the World.

Everyone thought that Lewis would be fighting reigning UFC heavyweight champion Francis Ngannou for the title right now, but this all changed suddenly. Ngannou and Lewis were not happy with the decision by the UFC to postpone their fight, so you can expect to see a motivated Lewis here.

When it comes to striking, both fighters have respectable accuracy but even more respectable power. Gane is far more technical and has better significant strike stats than Lewis.

Both fighters do not typically wrestle even though they have a slight background for it. You should see the two of them standing on their feet for the majority of this fight.

Gane has been great at controlling the pace in every fight he encounters. In some battles, he overwhelmed his opponent, but in others, he slipped away with the decision.

Gane has to establish control of this fight early if he wants to win. Even though he is the favorite, Lewis is a dangerous opponent that can end this battle as soon as it starts.

The odds have shifted in Gane’s favor to win here. The moneyline has been provided by DraftKings with their odds currently listed at:

This fight is arguably a lot closer than fans or bettors realize. How can the second-ranked fighter in the heavyweight division be such a heavy underdog?

Fans have put a lot of faith into Gane, and his recent battle with Alexander Volkov was enough for them. However, Lewis recently knocked off Curtis Blaydes, who was previously a top-ranked fighter.

Lewis has only one downside important enough to mess up this fight, with that being his stamina. He gives it all when he strikes, no doubt, but it often leaves him vulnerable against other great strikers.

Overall, this should be a coin flip for how well these two fight. The slight edge goes to Gane, only for his ability to land technical strikes and potentially tore out Lewis.